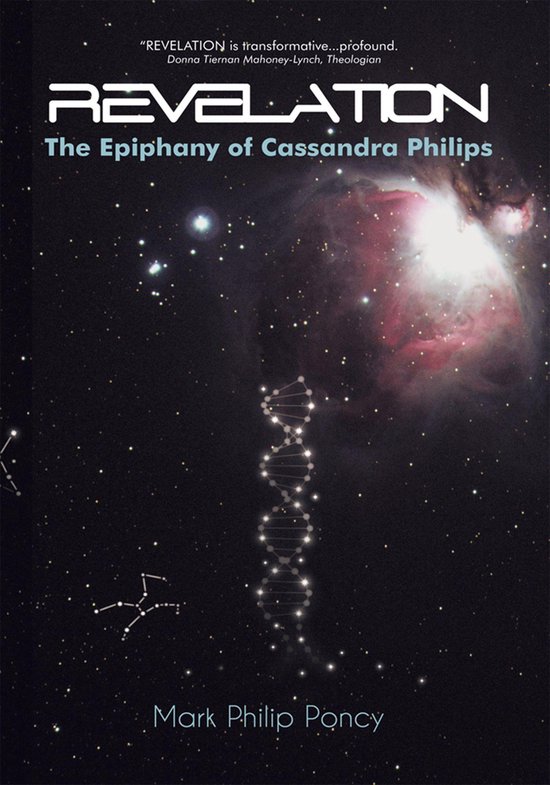 Revelation is tightly plotted, with twists and page-turners. The characters are unforgettable and the writing is top-notch. Poncys story is a modern thriller, the likes of which rivals Michael Crichton at his best. The endgame of the novel will keep you guessing...you wont be disappointed as you finish the last, entertaining page.


Cassandra Philips, a promising young evolutionary biologist, has developed a unique method of translating the genetic code that surpasses existing approaches in speed and clarity. She applies her technique to demonstrate the legacy of our evolutionary past hidden within the human genome, but what she discovers has profound implications for our future. The path Cassandra must travel is a treacherous one. There are the roadblocks set by the intimidating Senator Franklin Morgan, a creationist whose fundamentalist thinking is threatened by her work. The emotional conflicts that arise when she falls in love with the senators son, Michael complicate matters even further. Cassandra finds herself confronting the profound issues that define mankinds ultimate enigmawhy we are here and what is to become of us As the terrifying truth of her work reveals far more than she ever imagined.


Revelation: The Epiphany of Cassandra Philips turns the lens of science fiction/fantasy upon the deep philosophical issues that have haunted mankind since the birth of imagination.