From Blind Obedience to a Responsible Faith 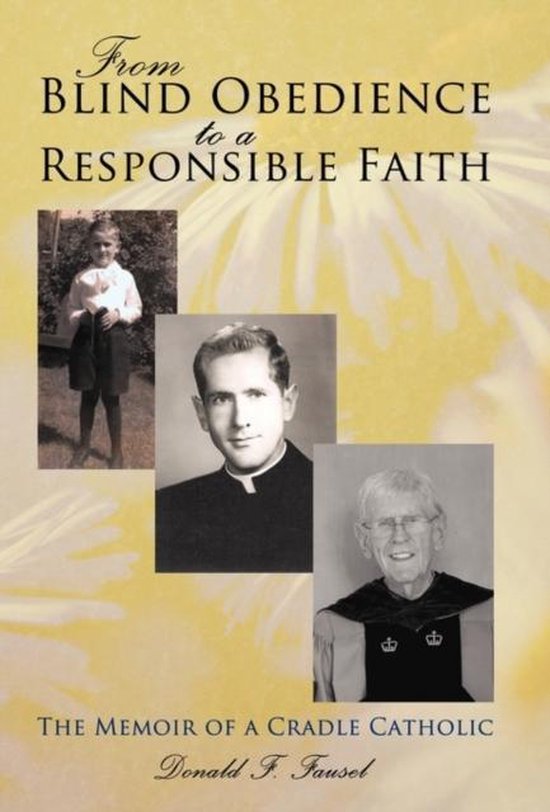 Author Donald F. Fausel was raised in the pre-Vatican II Catholic Church, when prescribed beliefs were rarely questioned and blind obedience to authority trumped following ones conscience. Through a process of developing an informed conscience and learning to think critically, his journey led him to a more responsible faith, while remaining in his Catholic tradition. This memoir recalls Fausels life experiences, his reflections on those events, and how they affected his spiritual journeyfrom his birth in 1929; his formative years; his life in the seminary and ordination in 1957; his nine years in the active ministry, ending with a dispensation from the Vatican in 1972; and his continued journey as a married Catholic. Fausel reflects on a range of faith-related issues: the differences between faith and beliefs; abortion and artificial birth control; the doctrine of infallibility; the danger of relying solely on the magisterium; the charism of celibacy and mandatory celibacy; the place of women in the church and the ordination of women; and the effect of the new cosmology on our image of God. Not only does Fausels memoir frame the events that shaped his life, but provides reflections to help others in their faith journey.