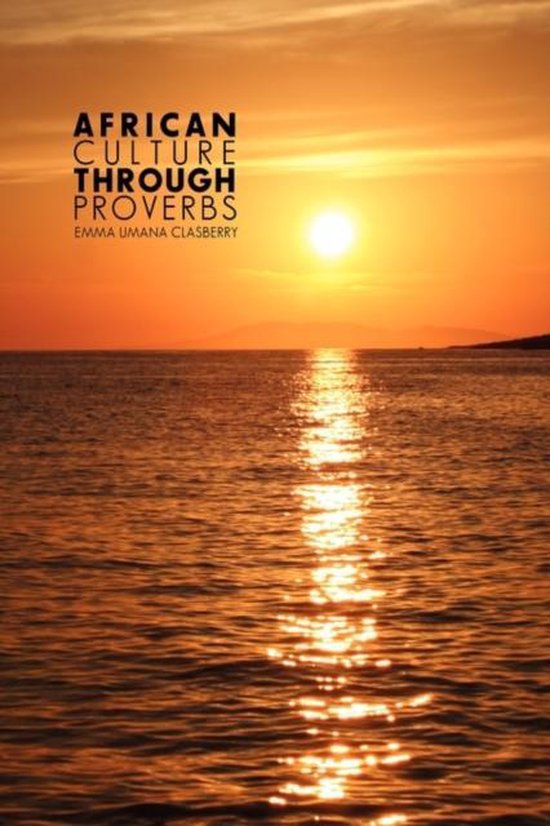 Proverbs are abbreviated but complete statements which convey our thought with dignity and precision. They are principles of life and provide guidance to our daily walk in areas of relationships with other human beings, physical nature such as animals and plants, spiritual phenomena and other non-spiritual elements in the universe. Proverbs give us some encouragement and hope when we are weak and in despair and feel hopeless. They give us words of admonition, warning and redirection when we fall or derail as we journey through life. In the face of threatening life encounter, we can invoke appropriate proverb to recharge our courage, energy and strength so as to squarely confront a given situation. We can also apply a proverb and act it out to get the best out of a pleasant event or context. Even when we are ambivalent about a certain experience, there is always a word of wisdom to invoke and act accordingly to achieve the expected outcome. We can confidently use these wise sayings only if we know and understand their meanings. It is even better if we know their origins. Otherwise, the proverb confuses us the more and understanding the message it intended to convey eludes us. These African-Ibibio proverbs depict how observant our ancestors were about nature, their knowledge of and closeness to it. Our great grandparents used the proverbs effectively and appropriately because they knew their meanings. Using them did not only save their energy but provided vividness, brevity and force to the idea or thought they attempted to articulate. They were able to transmit this wisdom from generation to generation through oral history, that is, by words of mouth until recently. The oral method sustained us for so long partly because in the past, children and grandchildren stuck around their parents and grandparents long enough to learn from them. Another reason is that the younger generations were also interested in learning them. At the time, using a lot of proverbs in one's speeches in social meetings and in private conversations was an index of high intelligence and wisdom, and the speaker was held in high esteem in the community. It was a source of pride and honor for and conferred dignity on the speaker as well. This work comes out of the concern that this oral method may at some point in history cease to be as effective as before in passing these words of wisdom on to the future generations of Ibibio people. Here are some of the reasons for being concerned about the possibility of losing this aspect of our knowledge history if it continues to remain unwritten: (1) Present day youth leave their parent's home to pursue their education and then to employment in cities. By so doing, the amount of time for the youth to maintain regular contact with their parents and extended family elders from whom they could have learned these wise sayings is reduced. (2) Some of them leave their country of origin at tender ages to countries with different culture, while others are born in foreign countries. In some cases, both parents and children are born outside their cultural environments. (3) Many, especially among the learned, tend to lack interest in preserving even the positive aspects of their ethnic cultures, partly because they do not know or as a result of the OIB syndrome which means "Ours-Is-Bad" and the "Foreign Is Good" (Okoko quotes from A.J. A. Esen's Ibibio Profile). This is a psychological feeling which demeans anything pertaining to one's ethnic culture and hails what is foreign, no matter how filthy and obnoxious the latter is. (4) If parents themselves do not know much of these wise sayings, let alone use them, they can not offer nor transmit to their children what they do not have or know, even if the children were around them up to adulthood. Unlike many Ibibio persons of my age or older, I was blessed with parents who had a mastery of these proverbs and used them lavishly when a