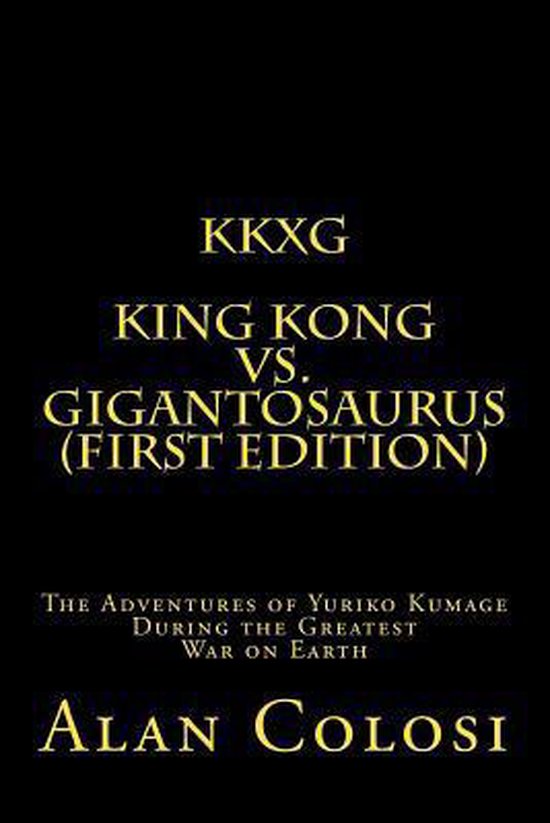 CAPTAIN YURIKO KUMAGE of the Japanese Defense Force (JDF) accepts a top secret mission from the American Commander-in-Chief to stop a rogue military outfit from illegally harnessing fusion energy. The rogues are based on a remote island in the South Pacific known as East Island. If the energy is developed properly, the fear is the power can be used to topple democratically elected governments, anywhere in the world. Therefore, Kumage is teamed up with Federal Bureau of Investigation (FBI) agent, John Max, a former United States marine. On the island, the agents discover a gigantic, ancient wall designed specifically to protect the native islanders from an entity known as the God.However, as hemispherical events unfold concurrently off the coast of Sapporo, Japan, a gigantic spiked creature is locked deep inside the ice. The beast escapes and crosses Hokkaido to eventually confront US Navy military exercises conducted by the USS Enterprise. Contrariwise, the US government has secretly kept evidence of this creature’s past discovery from public knowledge due to mutual exclusivity around documented evolutionary models about life on Earth. And in the process of their liability, the US DOD designated the find as Gigantosaurus, a four billion year old, detached amalgamation—now the deadliest is on the loose.Yet back on East Island, Kumage and Max are forced to leave with an incensed, gigantic God determined to get the precious JDF agent back. Alas, the uninfringeable God flees and loses its way inside Sydney, Australia, but by providence, the RAAF manages to capture it. Through the determination of the God’s sacrosanctity, Australian Prime Minister Kylie Penelope hands the primatial being over to the JDF where she names it Kong after the actual public domain literary character, King Kong. Meanwhile, Gigantosaurus is about to face the US Navy a second time, headed by the Battleship USS Missouri. If this ancient spiked miscreation is forced back to Japan with the JDF in possession of Kong, then the probability of the greatest war between two evolutionary legacies will take place.But only Captain Yuriko Kumage can make them fight.LANGUAGE:Paperback: English only.E-Reader: English only.COPYRIGHT:Original 2006 US Prima Facie Registered Copyright (PAu003075664) Title: "Godzilla Fights Kong" (aka: "KKXG: King Kong vs Godzilla") DEDICATION:To YUMIKO SHAKU and KYLIE MINOGUE.ENDORSEMENT:KKXG endorses Muto Shizuka's Rady brand products within the content.ADDITIONAL:-- Eight (8) different screenplay versions exist and currently six (6) of them, including the original, KKXG: KING KONG VS GODZILLA. 2006 Prima Facie US Registered Copyright: PAu003075664.-- KKXG is the sequel to the recently released "CAPTAIN YURIKO KUMAGE - Her First Adventure During the Greatest War on Earth" available on Amazon in Paperback, and on the Amazon Kindle. Buy them both! -- All content listed above has been submitted to representative agents.Copyright (c) 2006-2011 ALAN COLOSI. ALL RIGHTS RESERVED