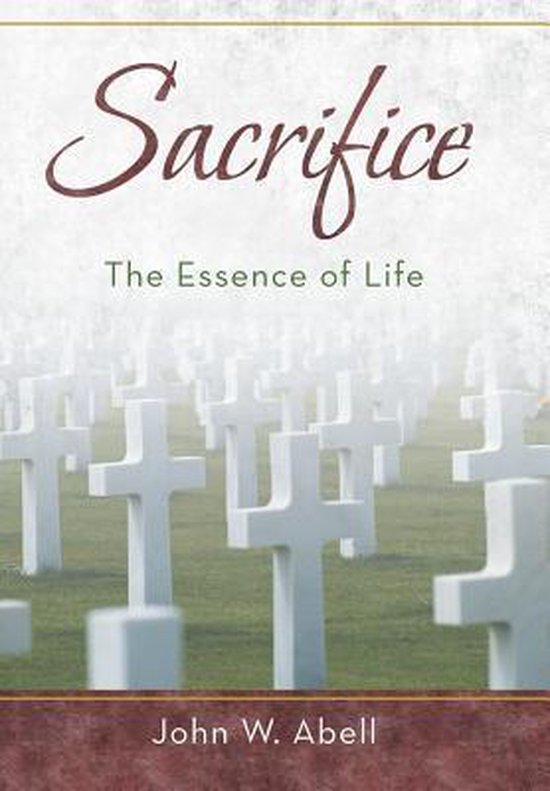 The concept of sacrifice has been part of the human condition since before recorded time. Dating back to the earliest civilizations, sacrifices have been made for personal, religious, or social reasons. From archaeological records, evidence of the sacrifice of food, grains, animals, and even humans is well documented. From Mesopotamia to Egypt, from the Mayans to the Aztecs, they all exhibited some forms of sacrifice for a variety of reasons.


As citizens of the United States, we have a unique perspective on the concept of sacrifice. Sacrifice has been engrained into the minds of Americans for over three hundred years, resulting in the forging of an American culture and eventually a nation based on the principles of freedom, justice, and liberty. Then there are those Americans who have given the last full measure of sacrifice for our country, our way of life, and the ideals upon which this country was founded.


In his first published work, John Abell has taken a fresh look at the concept of sacrifice. In Sacrifice, the Essence of Life, John Abell gives numerous examples of heroic personal sacrifices made throughout American history. There are many true stories. From the American Revolution to modern-day acts of sacrifice, Abell helps us to be reminded that our country exists today because there have been literally millions throughout our nations history who made extreme sacrifices that were the foundation for the blessings of liberty that we experience every day.


Finally, Abell brings the reader to a predetermined place of reckoning, focusing on the concept of sacrifice and the mystery behind it all. What is the greatest example of sacrifice that we can learn from history? Is sacrifice a basic, fundamental, or even necessary ingredient to the human experience? John Abell believes sacrifice is fundamental to human existence, and in Sacrifice, the Essence of Life, he will explain why.