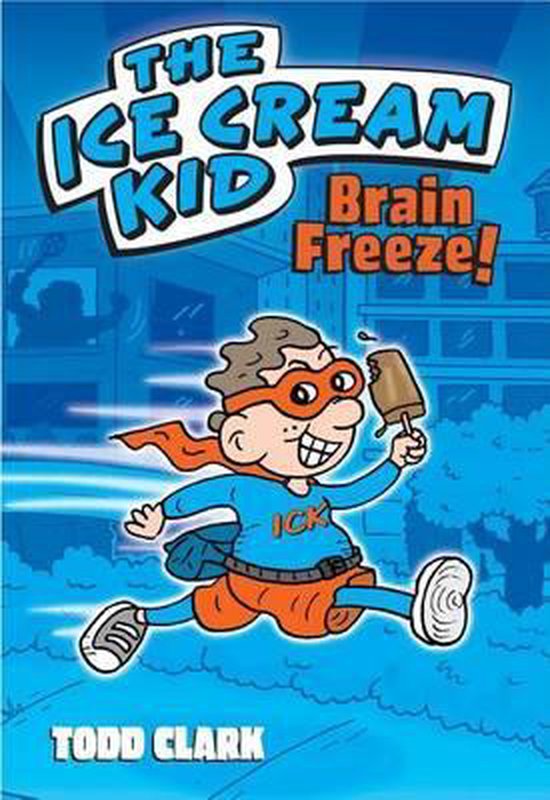 When Irwin Snackcracker leaves for school in the morning all he can think about is pizza, tater-tots, and winning first place in the booger contest. He leaps down the bannister, quickly eats breakfast before brushing his teeth and dashing out the door. Little does Irwin know, this day will change his life. He is just one brain freeze away from superpowers! When Irwin unexpectedly scores the last Fudgsicle left in the ice cream cart at school, he finds out that he is no longer an ordinary fourth grader. Taking a big bite of the delicious frozen treat transforms Irwin into The Ice Cream Kid who, with a steady supply of ice cream, has the ability to run at lightning speed and talk to animals along the way! Even though Irwin isn't sure if he wants to fight crime, he puts riding bikes with his friends on hold to learn how his new powers work. With his superhero Grandpa and sarcastic side-kick, Bert the pigeon, Irwin learns to control his powers, culminating in the ultimate showdown with Sweaty Crocker, the villainous evil lunch lady, poisoner of children.