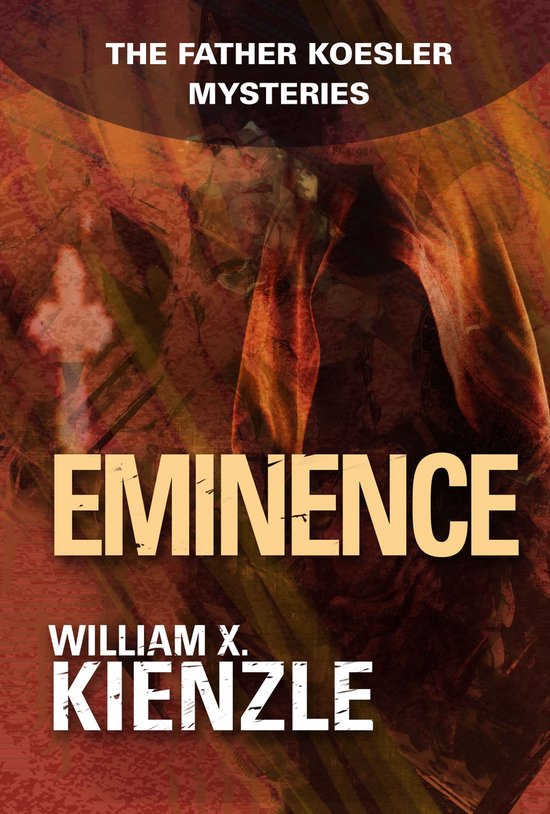 "Another engrossing installment is a superlative series featuring an intriguing blend of crime and religion." —Booklist

"The Rosary Murders quickly established Father Koesler as among the most likable and authentic of all recent sleuths and gave his wise and compassionate creator a midlife career and a new pulpit. Since then, few mystery series have been more cozy and persuasive, and Eminence finds Kienzle at the peak of his form." —Chicago Tribune

When a priest and four religious brothers establish the Congregation of St. Stephen, a quasi-monastery in an abandoned bank building in downtown Detroit, their flock swells, along with their bank account. The first big depositor is Mrs. Anne Whitehead, wife of philanthropist and philanderer Emery Whitehead. After Father Robert—the monastery's leader—blesses her with a holy relic, her sight is restored after years of blindness.

Word of the so-called miracle spreads quickly and Alice Balcom—the live-in lover of Detroit Homicide's most experienced detective, Alonzo "Zoo" Tully—is first in line to receive the curative powers of the new monastic order. Pat Lennon, the highly esteemed journalist from the Detroit News, whose relationship with rival reporter Joe Cox at the Free Press has been eagerly followed by Kienzle fans, is sent to investigate the legitimacy of these faith healers.

And representing the interests of Detroit's Catholic hierarchy is mystery fans' favorite priest, Father Robert Koesler, whose astute observations of human nature eventually lead him to uncover the truth. And once again, Koesler can't be hoodwinked. His intuitive thinking leads him to uncover the truth. His intuitive thinking tells him that all is not what it appears to be. He takes his readers behind the makeshift altar at St. Stephen's into the monk's spartan living quarters, along the way interjecting his insights into monasticism and the inner sanctums of the Catholic Church.