The Day I Told My Mom I Smoke Pot 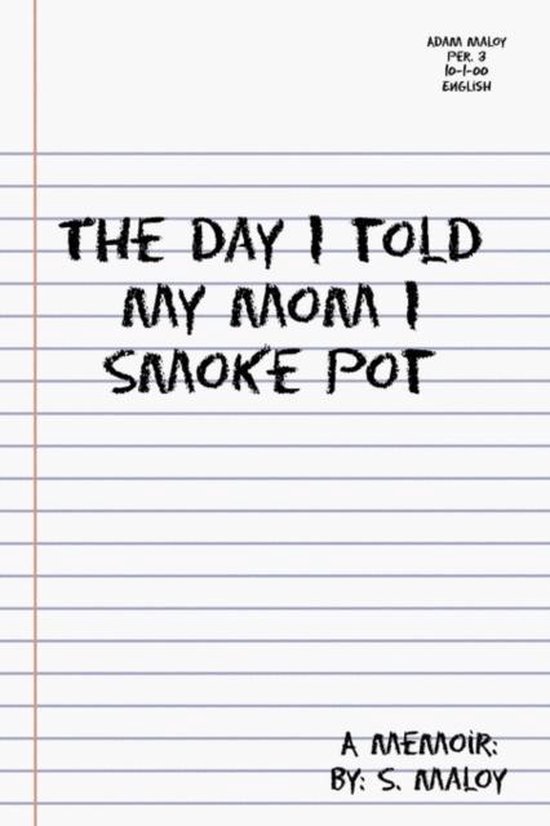 Sue and Lou never had any fears or doubts about raising their three children. They were not like their parents. They welcomed the teenage years. They knew their kids might experiment with drugs and alcohol, just like they had. So they talked with their kids about their own experiences they had as teenagers. As a family they were very close. They took their kids camping to Glamis, the desert, the beach and the Colorado River. They went to Big Bear every winter and they golfed almost every weekend as a family.

By the time their youngest was in high school, their oldest was already 24 and their middle child was 19. Their youngest would always tell them not to worry, that he would never be like his older brother and sister. Young Adam had witnessed all the trying times his parents had with his two older siblings; alcohol, drugs, house parties, and pre-marital sex. Adam's friends always came over to the house and Sue and Lou knew them all. They were all good kids.

But when Adam told his mom he had smoked marijuana, it was not like when the older siblings had experimented with it. Sue and Lou would quickly discover he was using it to escape from the hurt and pain he felt after his first love broke up with him. But what Sue and Lou didn't know was that their worst nightmare was growing in their youngest son. Without having a true understanding of addiction, this family will go through a hell they could have never imagined.

In order to keep from having a breakdown Sue started writing about how this all started. It all began with a story Adam wrote in his Freshman English class titled "The Day I told my Mom I Smoke Pot".