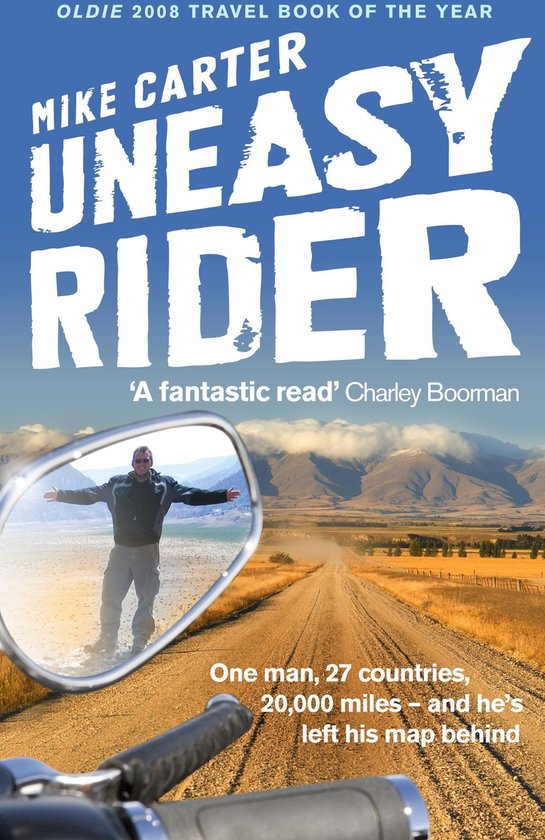 A broken heart and a moment of drunken bravado inspires middle-aged, and typically rather cautious, journalist Mike Carter to take off on a life-changing six month motorcycle trip around Europe. Never mind that he hadn't been on two wheels since an inglorious three-month teenage chapter involving a Lambretta, four crashes and an 18-month ban for drink-driving, a plan had begun to loosely form...


And so, having completed a six day residential motorcycle course and hastily re-mortgaged his flat, Mike sets off alone, resolving to go wherever the road takes him and enjoy the adventure of heading off into the unknown. He ends up travelling almost 20,000 miles and reaching the four extremes of Europe: the Arctic Circle in the north, the Mediterranean coast in the south, the Portuguese Atlantic to the west and the Iraqi border of Turkey in the east.


But really it's a journey inwards, as, on the way, Mike finds his post-divorce scars starting to heal and attempts to discover what he, as a man in his forties who hasn't quite found his place in the world, should be doing. Self-deprecating, poetic and utterly engaging, his is a heroic journey taken for the rest of us too scared to leave our 9 to 5 office-bound existence.