The American Boy's Handybook Of Camp Lore And Woodcraft 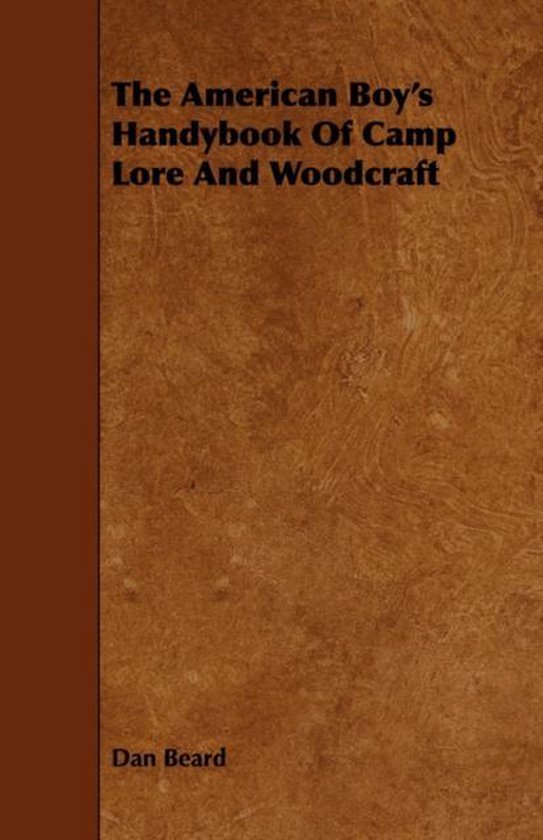 FOREWORD TO THE SECOND EDITION BOYS, this foreword is too highbrow for your taste, skip it, but the author dont believe you will, and even if he has used some dictionary words he feels that you will forgive him after he tclls you that he did so only because of the lack of time to think up more simple terms. What he wants to say is that . . . Bolhood is a wonderful and invaluable asset to the nation, for in the breast of every boy there is a divine spark, materialists call it the urge of youth, others caII it the Christ in man, the Quakers caII it the inner light, but all view it with interest and anxiety, the ignorant with fear and the wise with understanding sympathy, but also with a feeling akin to awe. Those of us who think we know boys, feel that this inner light illuminating their wonderful powers of imagination, is the compelling force culminating in the vigorous accomplishments of manhood. It is the force which sent Columbus voyaging over the unknown seas, which sent Captain Cool on his voyage around the world, the same force which carried Lindbergh in his frail airship across the Atlantic. Yes, it is the subIine force 15-which has inspired physirians and laymen to chearfully risk and sacrifice their lives in search of the cause of Iellom Fever, Anthrax, IIydrophobia and other communicabIe diseases . . ...