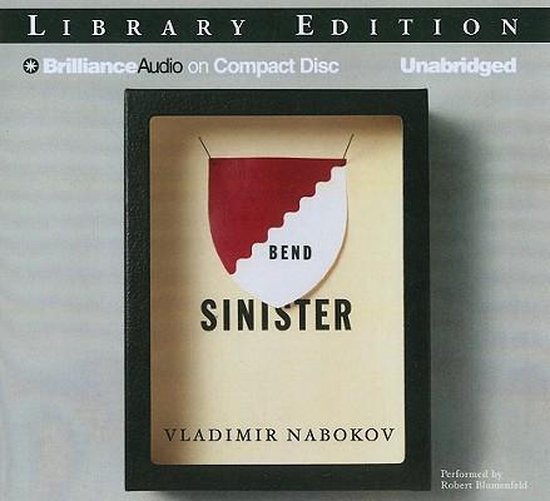 The first novel Nabokov wrote while living in America and the most overtly political novel he ever wrote, Bend Sinister is a modern classic. While it is filled with veiled puns and characteristically delightful wordplay, it is, first and foremost, a haunting and com-pelling narrative about a civilized man and his child caught up in the tyranny of a police state. Professor Adam Krug, the country’s foremost philosopher, offers the only hope of resistance to Paduk, dictator and leader of the Party of the Average Man. In a folly of bureaucratic bungling and ineptitude, the gov-ernment attempts to co-opt Krug’s support in order to validate the new regime. One of the twentieth century’s master prose stylists, Vladimir Nabokov was born in St. Petersburg in 1899. He studied French and Russian literature at Trinity College, Cambridge, then lived in Berlin and Paris, where he launched a brilliant literary career. In 1940 he moved to the United States, and achieved renown as a novelist, poet, critic, and translator. He taught literature at Wellesley, Stanford, Cornell, and Harvard. In 1961 he moved to Montreux, Switzerland, where he died in 1977.“Nabokov writes prose the only way it should be written, that is, ecstatically.” — John Updike