The Joplin Tornado House of Hope 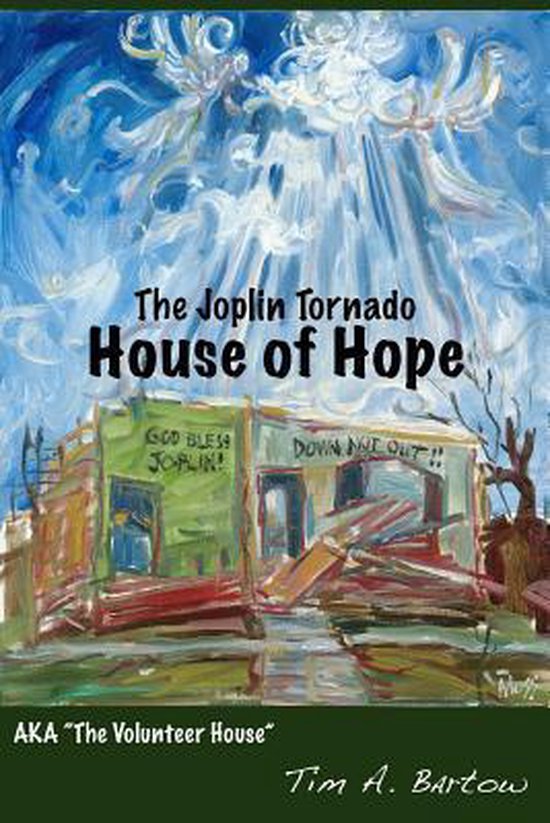 On May 22, 2011, a massive multi-vortex EF5 tornado ripped through the heart of America, leaving the city of Joplin, Missouri in ruins. As a result of the tornado's devastation, more than one hundred sixty people lost their lives, with the injured numbering more than a thousand. More than eighteen thousand vehicles were destroyed and nearly seven thousand homes lost, with nearly a thousand more damaged. There were nearly five hundred businesses leveled or damaged, many of them medical facilities, affecting more than five thousand jobs. The high school was decimated along with five other school buildings and seven more damaged. One of the two main hospitals in the four-state area took a direct hit along with a nearby nursing home, destroying both. Several churches along the path of the tornado were also destroyed.Because of the staggering array of tragic statistics, it would be easy to see the events of that fateful Sunday as a tale of destruction, disparity, and death. Even though these statistics and tragedy are certainly a part of the events, I am convinced that the story that will be forever told will be one of the extreme outpouring and manifestation of faith, hope, and love.In the wake of the storm, a sea of volunteers from all over the country (and many parts of the world) descended upon the city, restoring life and vitality to the community. Hundreds of thousands of men, women, and children rushed to share the burdens of its citizens, easing their pain and suffering.The people who were monitoring and following the storm activity that day will tell you that the conditions were perfect for a devastating tornado. I am convinced that the conditions following the storm were perfect for a miracle. Not just one miracle, but countless miracles, the likes of which we have never before witnessed or experienced.The real story has less to do with damage, disparity, destruction, and death, and more to do with preservation, rebuilding, and healing. It's about renewed hope and faith, healed hearts and lives, spiritual and emotional growth, perseverance and determination, charity and compassion. It is the power of love, a story of triumph, and the miracle of the human spirit... the very heart of America!One house that was hit hardest stood defiantly resilient to the storm, becoming an oasis of hope for the community and the people who came to serve. Thousands of volunteers wrote personal messages of hope, love, and encouragement on the remaining structure, transforming it into what the New York Times described as a love letter to Joplin.The “house of hope” withstood the ravaging storm and the deconstructive forces of the rebuilding efforts. After every house around it had been leveled to the ground, it remained standing as an ensign of faith, hope, love, and perseverance.The house was later rescued from the elements and saved as a historical artifact. Its placement into a museum will forever preserve the heart and soul of those who sacrificed so freely and gave so abundantly.Come and share in the lives of the family who lived in the house of hope. Feel the horror of the destruction and devastation as the family rides out the storm in their basement, taking a direct hit from the tornado. Meet some of the volunteers and hear their personal, life changing stories of triumph. Witness the transformation of the house from tornado debris to historic treasure. Learn the miraculous stories of angels and butterfly people.Experience "the miracle of the human spirit" through the eyes and hearts of those who were there!