The Words and Music of Melissa Etheridge 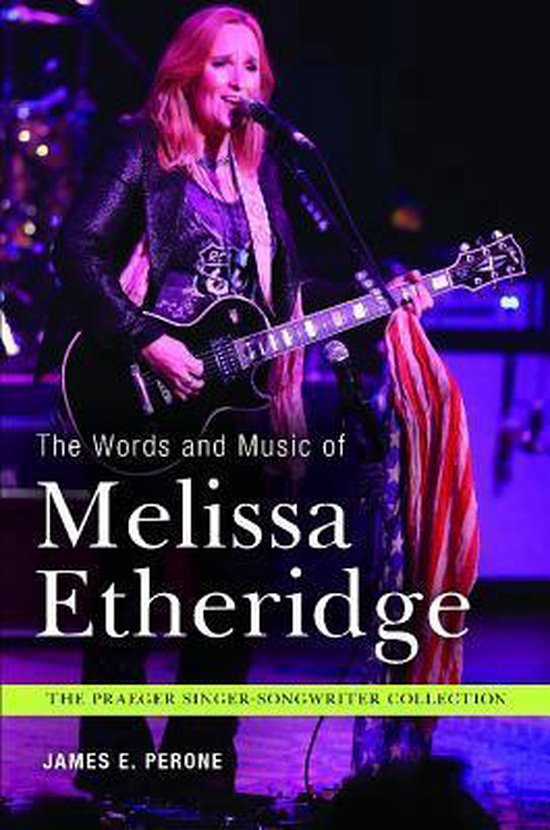 For a quarter century, Melissa Etheridge has been one of the most iconic and prolific female rock musicians. This book critically examines this songwriter's portrayal of universal human emotions and experiences against the context of her life. Songwriter. Pop star. Gay activist. Cancer survivor. Advocate for cancer victims. Human being. Melissa Etheridge is all of these things, and all of these elements of who she is have played an instrumental role in her music from the beginning of her career to the present day. The Words and Music of Melissa Etheridge examines Melissa Etheridge's contributions to pop music in the tradition of other greats such as Janis Joplin, Bruce Springsteen, and Rod Stewart. Written by a music scholar and Etheridge fan, this book investigates her work chronologically by time period, underscoring her growth as a songwriter and musician and demonstrating how her music reflected the events in her life, both positive and negative. Author James E. Perone spotlights how Etheridge's songs defy traditional gender roles and stereotypes and appeal to general audiences with their universal themes, yet serve those in the lesbian community because of the specific applicability of her words to the members of this minority group. The book supplies expert, critical, and easy-to-understand analysis of all of the songs of Melissa Etheridge's studio albums from the 1980s through to her autobiographical and reflective album, 4th Street Feeling, released in 2012. Provides critical analysis of the songs and recordings of iconic American singer-songwriter Melissa Etheridge Includes an annotated bibliography of books and articles about Melissa Etheridge and a discography of her albums to facilitate further research Analyzes the significance of Melissa Etheridge's work within the LGBT community Identifies the gender-free nature of Melissa Etheridge's lyrics that enabled her to achieve great popularity with general audiences