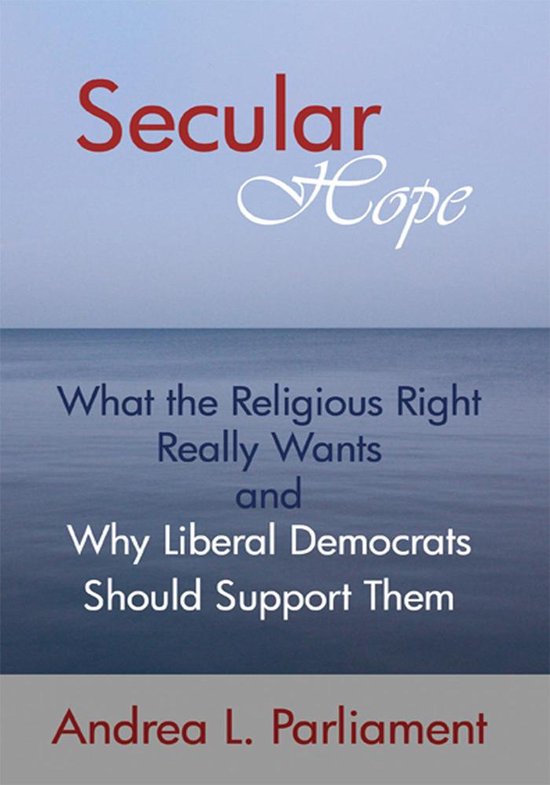 Different understandings of the word 'secular' are at the root of America's domestic and international political conflicts. Academics and legal professionals, by failing to heed Harvey Cox's 1965 warning to distinguish between 'secularism' as a closed ideology and 'secularization' as a healthy cultural process, are inadvertently fuelling fundamentalism and the culture wars. SECULAR HOPE starts by first articulating the philosophic assumptions of monotheism, and then distinguishes between Romantic, Rational, and Postmodern Secularism.

Postmodern Secularism, as the champion of "tolerance", is explored in particular detail because of its conflicting assumptions with monotheistic religions. The United States was founded on faith in secularization; the belief that only individuals can morally reconcile their religious and rational understandings of their own personal experiences. Deviating from this idea, which is deeply embedded in all monotheistic cultures, cannot be done lightly even when coming from the best of intentions.

By comparing Canadian and American constitutional approaches to secularity, it is shown that while America's unique path is more contentious it is ultimately more hopeful. A postsecular constitutional vision is offered that will safely bring down the Western wall of separation that currently is preventing America from moving beyond the Cold war and realizing its full potential as a global leader. SECULAR HOPE provides a historical, yet practical, understanding of what it means to live respectfully in a secular society today.