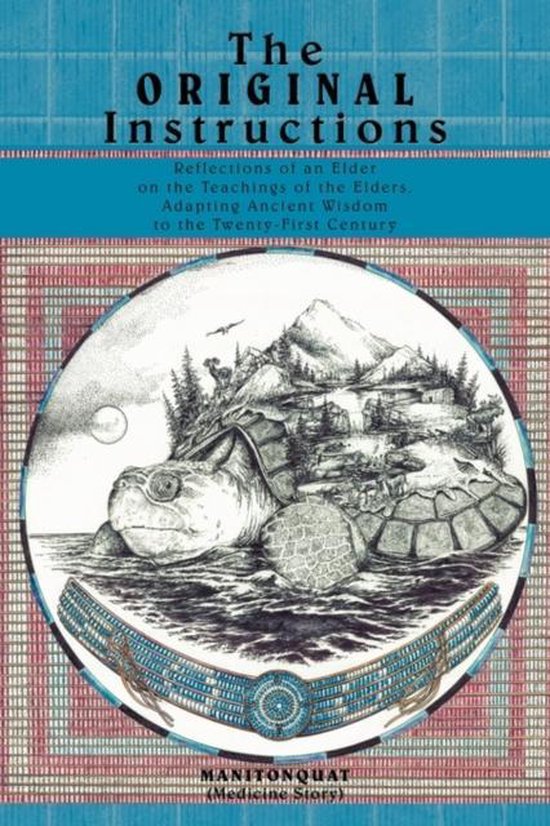 "Human beings have forgotten their instructions" That is how many of the Native elders responded to Manitonquat when he traveled the continent over forty years ago seeking answers to the questions "What is wrong with people? Why is there war, violence, oppression, greed, injustice, poverty, indifference and destruction of the environment?" Sitting with and listening to many elders of First Nations from all parts of North America, he began to form a clearer idea of what they often called "the Original Instructions." All of Creation is formed by them - what some refer to as Natural Law, Dharma, or Tao. In addition to what is hardwired in our living cells by DNA, human beings learn other instructions about living and relating through the teachings of the communities where they are raised. Those instructions for successful and happy relationships with families and communities and with all life, the Earth and the Cosmos, were passed down through the generations by elders of the indigenous peoples, who lived successfully and happily by them until they were invaded by newer cultures of domination, oppression and greed. These elders are becoming more rare as fewer and fewer young people have access to their wisdom and more and more follow the destructive ways of the dominant culture in materialism and self-centeredness. Manitonquat, a Wampanoag elder now in his 80th year, is a direct link to the old ways of the people. In a culture of domination there is more violence, more fear, more isolation, and less love and happiness than in the old ways of all people at one time, ways of cooperation and equality, of respect and relatedness and thanksgiving. Manitonquat was told by the elders that since he had been taught the skills of communication in the university he was meant to bring their teachings to the world (as they said they were not Indian but Human Being teachings), to any who sought and wished for that knowledge. Doing that in books and talks all over the world, he has acquired added insight into the problems of society today and a unique perspective in bringing circles to many prisons weekly for the past 25 years. It was a request from prisoners for a compilation of the elders' wisdom that inspired this book, and to whom it is dedicated.