Stabbed in the Back 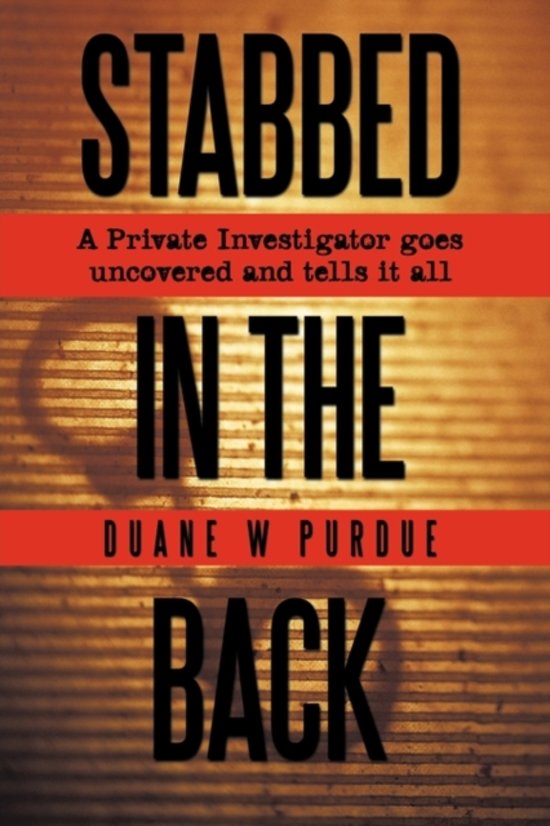 A Private Investigator Reveals it All: Pulling back the covers and exposing it all, Duane reveals the intimate details of his life from childhood, and takes you through to adulthood. He reveals himself in an open and volnerable way. Not for his own enjoyment, but because there were lessons to be learned by each aventure, and you'll discover what those lessons were. You'll be able to say yes, I've been there, or you'll file it away for future reference so you won't have to learn something yourself, in a more difficult way --- from your own experience. You'll live in his shoes as he exposes in detail things that you rarely hear a man reveal. This extremely personal book is something you'll never forget. Duane's life was one experience after another. Some Good, some Bad, some Ugly, and you'll go there with him. He'll share true stories of his life with 25 years as a Private Investigator. He'll tell you of the triumphs and the downfall he had as a Search and Rescue Team Commander, and the lives that were saved in between the two. He'll take you with him during two decades of racing motorcycles. And you'll run with him when he competes in what has been said to be the toughest endurance race in the world. This book will appeal to both men and women. Likely for different reasons. Those who aren't excited, saddened, scared, and sometimes angry, may not be human. Stand by, this is going to be a great ride.