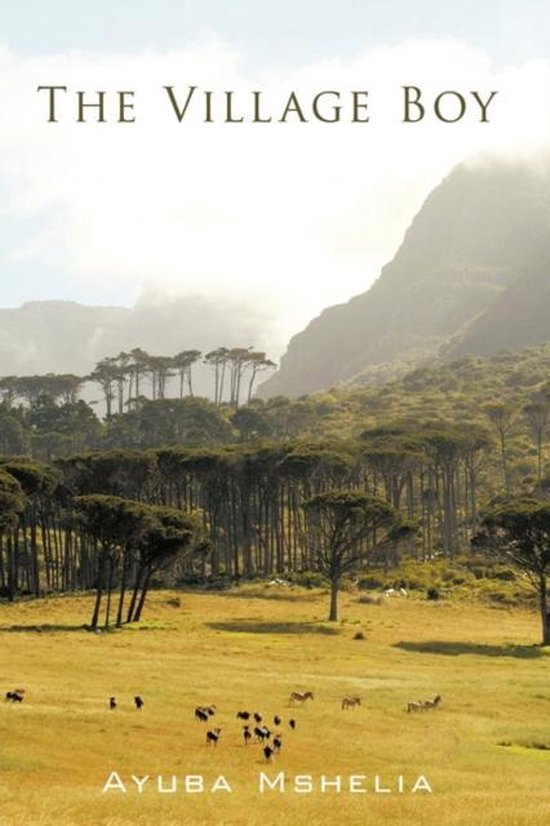 The story "Village Boy" is about the social and

familial upheavals and confl icts caused by the

introduction, in the early 20th century, by a group

of Christian missionaries, of Western cultural

traditions among an erstwhile peaceful and selfsuffi

cultural incursions led to the annihilation of the

people's native traditions and cultures, including

grind room- the only place where on a daily basis

young men could meet and fl irt with young women

in the evenings) which were the sole socialization instruments of the tribe. "The

can now no longer hold", commented the tribal elder, Tapchi, to a boyhood friend,

Aji, fi ve years after the coming of the missionaries; "everything is different and

in a sorry chaos!"

of Kano, Jos, Kaduna ,and, yes, even Lagos. These new immigrants, however,

migrants who had converged on the cities from all corners of the countryside.

Their meager education forced them into menial jobs, such as house boys or

The social confl ict and upheaval was partially resolved, to some minimally

acceptable levels, by the regular annual visits of those who had left the "land',

bringing with them gifts of tea, sugar, bread, and items of clothing which were

generously and lavishly shared with relatives and neighbours. Some few who

had "made it," in the city even came with their own mettika (cars).

But things are not always as gloomy as is refl ected in the lives of Madu, Dalla,

and, to some extent, Hassana in the stories that follow. Some of the tribe's

and became active, relevant and prominent during the early years of self-rule

and eventual Independence. Education has been, and continues to be, the

remained on the land, as for example, Dalla. They can now be found in all sectors

of the Nigerian society, as educators, business men, politicians and high cadre