Suffering Will Not Be Televised, The 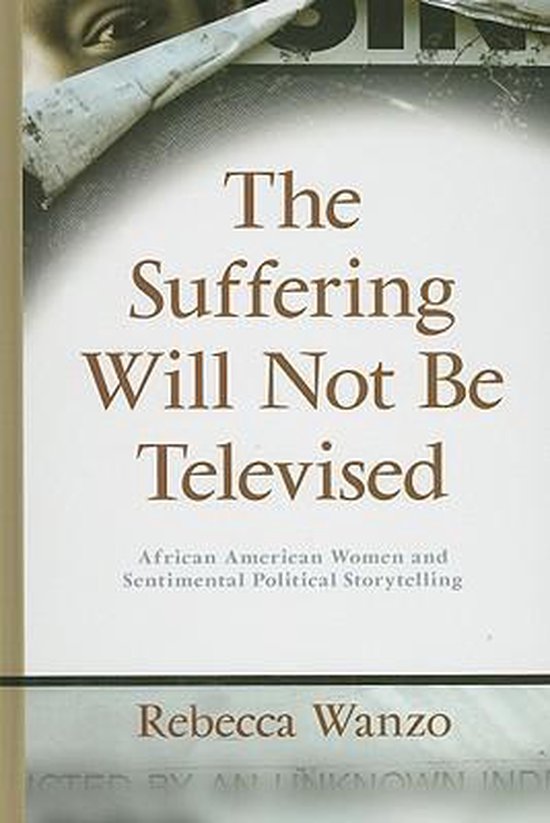 Why do some stories of lost white girls garner national media headlines, while others missing remain unknown to the general public? What makes a suffering person legible as a legitimate victim in U.S. culture? In The Suffering Will Not Be Televised, Rebecca Wanzo uses African American women as a case study to explore the conventions of sentimental political storytellingĀ—the cultural practices that make the suffering of some legible while obscuring other kinds of suffering. Through an examination of memoirs, news media, film, and television, WanzoĀ’s analysis reveals historical and contemporary tendencies to conflate differences between different kinds of suffering, to construct suffering hierarchies, and to treat wounds inflicted by the state as best healed through therapeutic, interpersonal interaction. WanzoĀ’s focus on situations as varied as disparities in child abduction coverage, pain experienced in medical settings, sexual violence, and treatment of prisoners of war illuminates how widely and deeply these conventions function within U.S. culture.

Ā“Tracing the invisibility of the suffering of African American women across media, The Suffering Will Not Be Televised offers an important analysis of the many ways in which African American womenĀ’s experiences have been excluded from narratives about social violence and victimization. WanzoĀ’s book serves as a reminder about the necessity of considering gender and race relationally for womenĀ’s studies, cultural studies, and studies of crime, media, and culture.Ā” Ā— Carol A. Stabile, author of White Victims, Black Villains: Gender, Race, and Crime News in U.S. Culture