Killer Sudoku and other puzzle variants 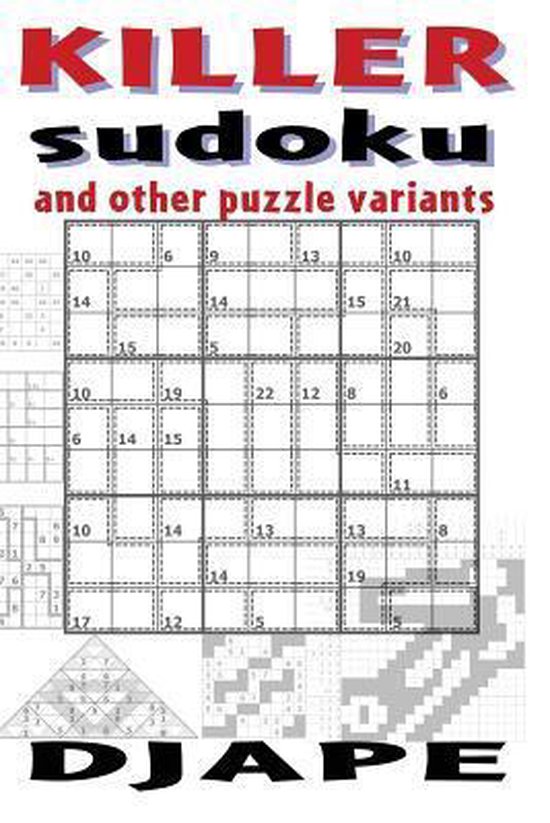 A very special edition by Djape, including his favorite and most popular puzzle variants.All puzzles in this book areNEW, previously unpublished.Directly from the creator of The Washington Post's Sunday Samurai Sudoku puzzles, this book brings you the following puzzles:

To ensure the most enjoyable solving experience, this book is printed on the highest quality paper which allows for multiple erasures if required.If you ever enjoyed solving any kind of puzzles, this book is a must have for you!