First Flag on the Summit 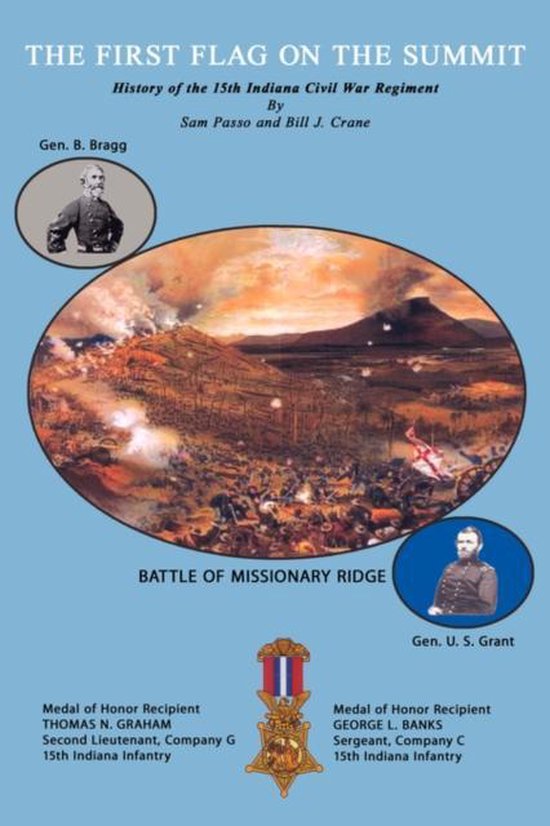 The 15th Indiana Infantry Regiment was in the forefront of two of the most decisive battles in the Western Theater of the Civil War. In the Battle of Stones River, the 15th played a crucial role in reversing the tide of the battle, which was almost a total disaster for the Union forces. At the battle of Chattanooga, the 15th claimed to be the first regiment to plant a flag on the summit of Missionary Ridge during the famous charge up the slope. At both of these battles, the 15th paid a tragic price in dead and wounded. However, these battles were key to defeating the Rebels in the west. The book starts out with recruitment in Lafayette, Indiana, and follows the regiments campaign in western Virginia, then to Kentucky and the march to Shiloh where they participated in the second day of the battle at Shiloh. From Shiloh, they took part in the occupation of Corinth and the invasion of northern Mississippi