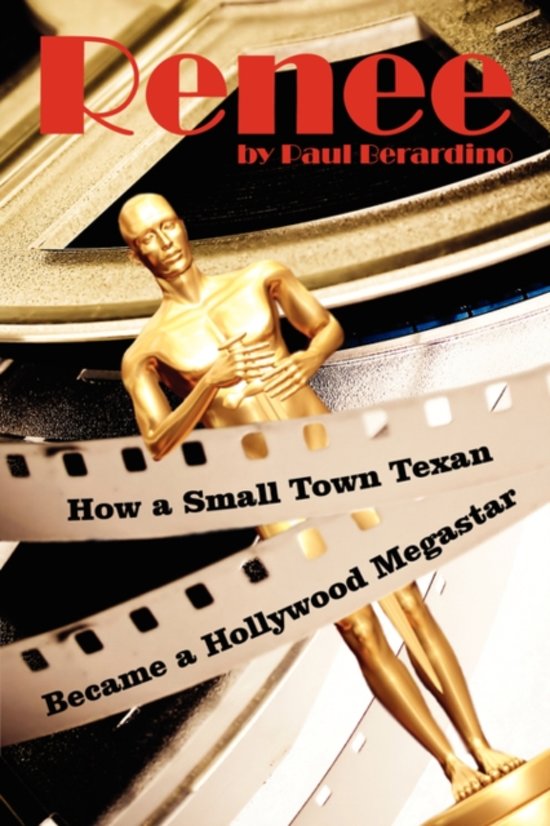 "Renee" is a narrative of the career of Academy Award-winning actress Renee Zellweger. The book chronicles Renee's rapid rise to the top of Hollywood, recounting the story of her film career with precise details. In a nutshell, "Renee" describes the fascinating process by which Renee Zellweger became an international superstar. It reviews the films that made this actress a household name, and also outlines her development as a fashion/style icon. Space is devoted to the media coverage of Renee's romantic relationships (including her brief marriage). Overall, this literary work explains for the reader how Renee Zellweger became a popular, top-of-the-A-list Hollywood actress. The beginning chapters (1-3) describe her early days in Texas, her "breakthrough" performance in "Jerry Maguire," and the career-building strategy that she undertook in the late "90s. The middle chapters (4-6) tell the story of how Renee moved into Hollywood's higher ranks during the early part of the 21st century. Her celebrity romance with Jim Carrey, her successful portrayal of cultural icon Bridget Jones, and her acting/singing/dancing in "Chicago" are all discussed in detail in these chapters. The final chapters (7-9) discuss the tremendous success of her performance in "Chicago," Renee's Academy Award-winning role in "Cold Mountain," her work on the sequel to "Bridget Jones's Diary," and the box office results for "Down With Love" and "Cinderella Man." Towards the end of "Renee," the reasons for Renee's popularity are analyzed, and there is mention of her surprise wedding. At the end of the book, Renee is ready to end the extended break that she took from moviemaking after she completed the filming of"Cinderella Man."