The Prince of Nords 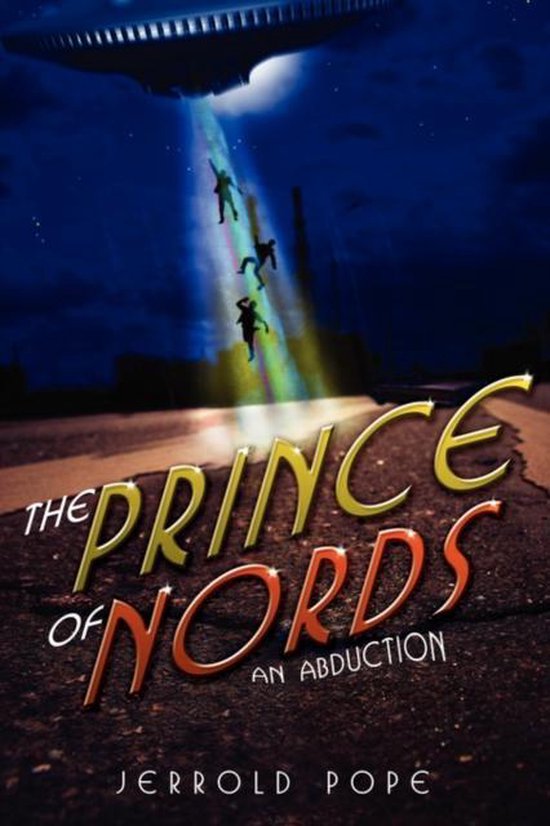 THE PRINCE OF NORDS - AN ABDUCTION THE PRINCE OF NORDS is a story about....THE ABDUCTION...of three high school friends. It takes place in a small city, called Somerset, in the Cumberland mountains. While observing lights in the night sky, they are teleported into a spaceship and taken on a fantastic voyage to the planet Magna. On the space craft, they at first encounter short beings with grey skin and large eyes. Minutes later, a human like being shows up and scans them, at once separating Chris from his two friends. They find he is part Nord, therefore different from the other two young men. The man informs them, that because Chris is part Nord, they will all be taken to the planet Magna. The small saucer type craft enters a large spaceship, where they later travel to the south pole of the world. The people on the ship inform Chris that it's the only safe passage to depart their world from because of the three deadly radiation bands that circle the Earth. They journey on across the vast emptiness of space to finally arrive at Empire City. Arriving on the world Magna, he discovers that the inhabitants live in camouflaged domed cities within a vast canyon that cuts across the planet. Later, he is allowed to visit the ancient city of Heliopolis, the underground transportation system and seventeen pyramids from past civilizations. While visiting an ancient underground fortress called Fort Michael, he encounters a situation that drastically changes his view of the galaxy. His adventures there turn into a fantastic space odyssey. The story allows the readers to experience all kinds of scenarios about life on other worlds, as they live vicariously with the many different characters of the book, joining in with Chris Logan as he travels across the sea of stars. The book is a sequel to the published novel...UNTIL THE END OF TIME