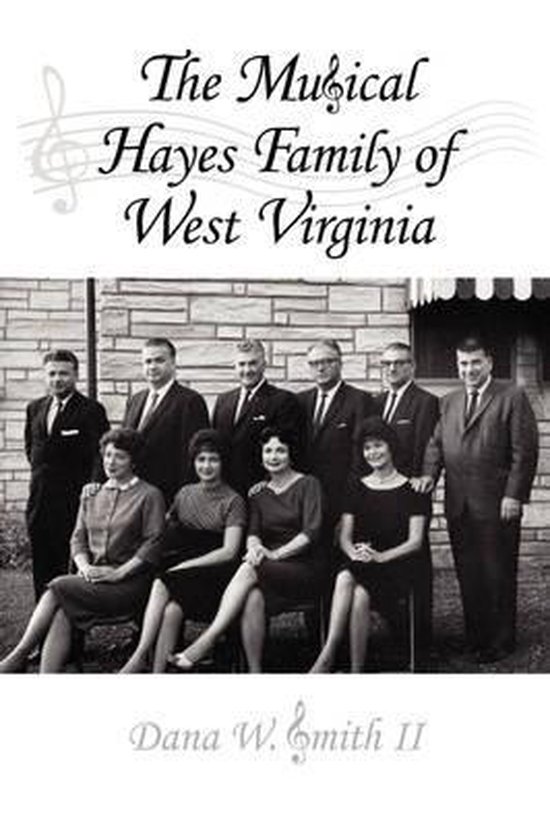 I have wanted to be able to pass along the tales of my family for a long time, as they were first told to me by my grandmother. She used to tell me these stories many times, and I sat mesmerized in adoration at the life she put into retelling them. Both of her parents came from large families composed of musicians, dancers, actors, and entertainers. There are stories that include vaudeville, Hollywood, and encounters with musical icons such as John Philip Sousa, Henry Fillmore, Sergei Rachmaninoff, Red Nichols, Red Ingle, Art Mooney, Stan Kenton, Lawrence Welk, Harry James, Gene Krupa, Buddy Rich, Glenn Miller, Les Paul, Van Cliburn, Elton John, and many others. All of these accounts trail back to a family with a home base of Pricetown, West Virginia, in rural Wetzel County. The Musical Hayes Family of West Virginia begins with my great-great-grandfather Henry Spencer Hayes, a violinist born there in 1858. It continues with the stories of many of his descendants, totaling 14 children, 32 grandchildren, 78 great-grandchildren, 147 2nd-great-grandchildren, 107 3rd-great-grandchildren, and two recent family additions beginning the newest generation of 4th-great-grandchildren. A lot of these descendants inherited the genes and became musicians themselves. Although these fascinating stories were originally intended for my family, those who knew the Hayes family and anyone with a love of music and family will surely find an interest as well. The Musical Hayes Family of West Virginia is a family tree nurtured by love with roots deep in music. It is over 340 pages (92,700 words) in length and includes 268 family photos. All images are printed in black & white. This book is dedicated in loving memory to "MawMaw," Ruth Hayes Smith (1926-2006).