Field guide to the battlefields of South Africa 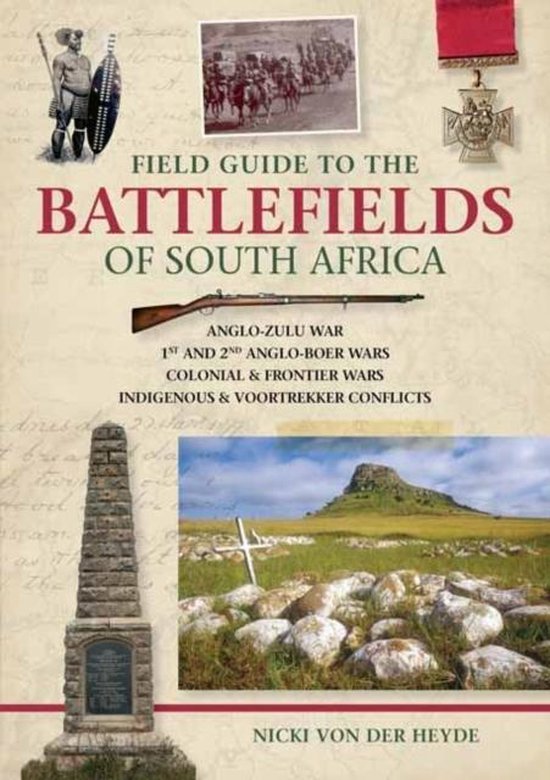 There are two major types of battlefield terrain in South Africa: first the open plains and Savannah lands of the Highveld, a land where cavalry rules supreme. The second type is the thornbush of the Eastern Cape, a setting more suited to skirmishing rather than set-piece battles. Then, in KwaZulu-Natal, the two terrains merge to create the countrys most dramatic battlefield landscape  and one of the largest military graveyards in the world  where the fates of colonies, republics and kingdoms were decided. For more than two centuries, from the late 1700s to the early 1900s, conflict, in one form or another, swept across this countryside; its combatants as diverse, hardy and tenacious as the land  and its resources  that almost always was at the root of hostilities. In this groundbreaking book, author and specialist battlefields guide, Nicki von der Heyde, presents over 70 battles and skirmishes covering five wars that shaped the course of South African history  from the Frontier Wars that started in 1779 to the Second-Anglo Boer War of 18991902, a bitter and costly confrontation triggered by the discovery of the worlds richest gold fields on the Witwatersrand. Detailed accounts of the engagements, based on extensive research, are provided, with special attention given to the terrain, key phases and outcomes, and the combatants involved. Battle timelines succinctly set out the passage of each campaign, while international timelines catalogue concurrent events around the world. More than 400 original documentary and contemporary photographs and over 60 short features have been assembled to provide a rich, enthralling and haunting account of these momentous events. Detailed historical maps that include annotations have been created for 16 high-profile engagements, while 10 regional maps indicate the locations of the battle sites. Arranged in regional order, with concise directions to each battle site and GPS coordinates for main locations, the Field Guide to South Africas Battlefields is not only indispensable for professional and amateur military historians, but is of great interest to general readers, too  if only as a reminder of the devastating human cost of war and the value of exploring the past to make sense of the present. It is beautifully illustrated with historical and contemporary photographs and detailed battle and regional maps.