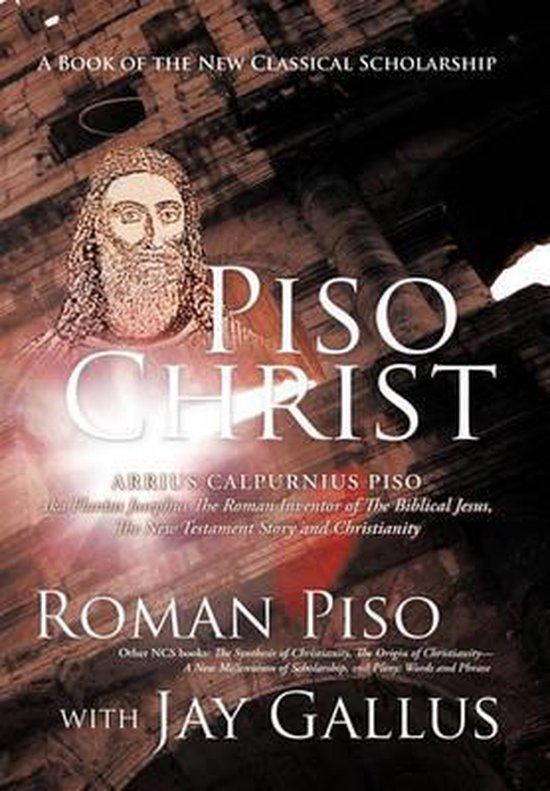 Evidence shows the New Testament texts were not written by simple, non-royal subjects, but instead were created by extremely well-educated, royal Romans. In Piso Christ, author Roman Piso, with Jay Gallus, presents a new perspective to show that the creation of Christianity has different origins than previously taught.


Through this collection of essays and articles, Piso shows that only a few individuals invented and built the Christian religion, and these same individuals authored the New Testament of the Christian Bible. Piso Christ addresses the issues of how these few people wielded that much power and how they were able to succeed.


In this new book, Piso contends that the royalty wanted to protect their centuries-old institution of slavery upon which the empire functioned, lived, fed, and gained wealth. The royal people understood that knowledge was power and, therefore, did what they could to keep the masses ignorant and superstitious.


Through research, Piso Christ shows that the god concept did not originate in what is represented in the Bible. It demonstrates how millions of people are being misled into accepting the concept of a god and how they live in fear of an unnatural belief.