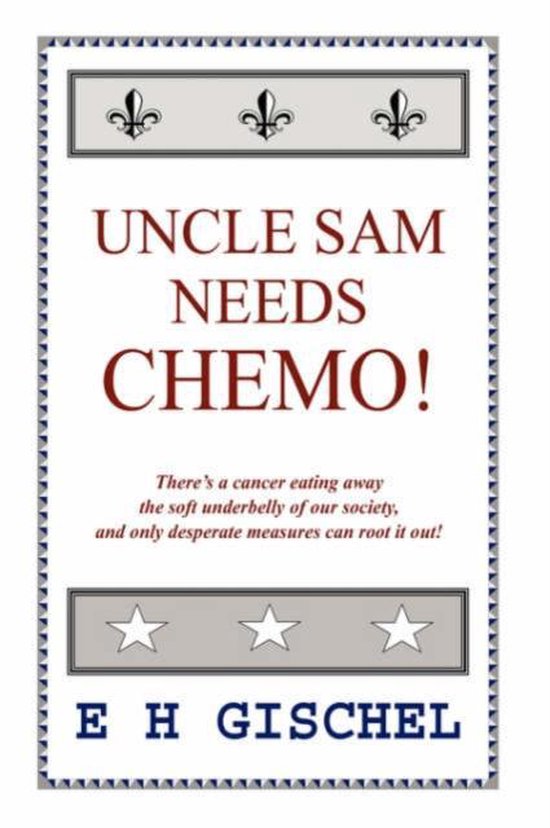 Uncle Sam Needs Chemo is a long overdue assessment of the horrendous perils our nation is facing today. It describes the political misfeasance that stimulates the drug related vicious criminal violence that's been destroying the quality of life throughout our society since the mid 1950's, and the horrendously overcrowded conditions that have existed throughout our penal system since the mid 1960's from incarcerating hordes and hordes of our citizens for succumbing to the very temptations the politicians themselves have fostered with their failed federal drug policy. That very same political misfeasance is responsible for the out of control gun violence that's taken more lives right here on the streets of America during just the last fifteen years of the Twentieth Century than all our Armed Forces suffered in all the wars our nation fought throughout the entire Twentieth Century Because of this political misfeasance, ever since the mid 1960's our nation has had the highest percentage of total population locked away in prison of any civilized nation on the entire face of the earth. And, that very same political misfeasance has taken prayer out of our schools and revoked the disciplinary rights of parents, teachers, and all the other local authority figures that used to control the emotional stability of our children until their psyches matured to the point where they were able to do so on their own. All that authority was transferred to the political establishment in Washington during the ultra-liberal bent that took control of our entire governing process in the early 1960's, which placed it completely out of reach for our emotionally confused children. The transfer of authority tocontrol the emotional stability of our children to Washington had disastrous consequences, and it's all laid out in easily understandable terms in this text.