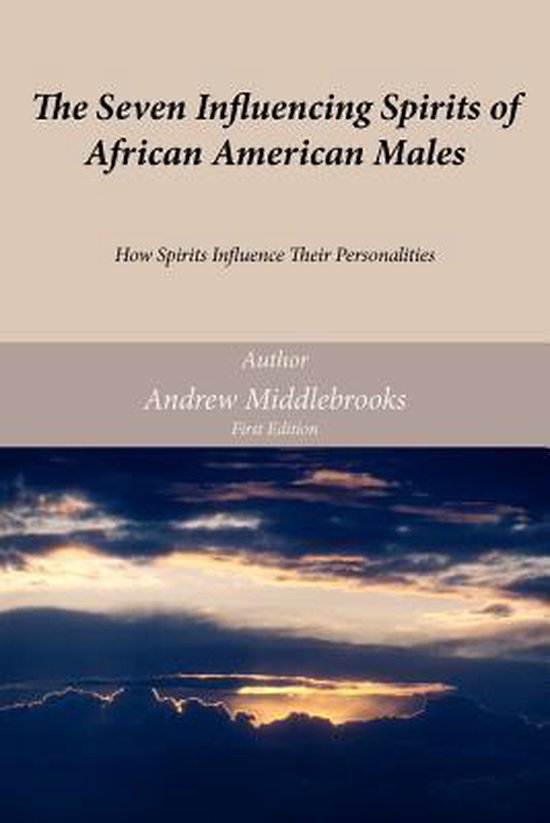 The Seven Influencing Spirits Of African American Males By Andrew "Mack" Middlebrooks This is a non-fiction book 2. What is the setting of this book? I wrote this book, The Seven Influencing Spirits of the African American Men, not to belittle or criticize African American men. I am an African American man of great character; who will always show an enormous amount of respect and empathy for my brothers who have lived a hard and tragedy life through racism, homelessness, a prolonged drugs, alcoholic and sexual abuses, those who are suffering from several types of chronic illness and especially those who have been victims of repetitively bad marriages and relationships. This book will deliberate on males dissimilar and complex character through the use of historical physical and spiritual events. These events will assistance in the determining factories how ones outlook on life is presently effecting his personality wants and needs. This discussion will be coming from a distinguish point of views. The African American Male through the hindrances of hundred of years of legalized racism, being raise without a father and outside spiritual interferential by seven spirits ( Passive, Vagabond, Trojan, Warrior, Vain Dandy, Humdinger and Sluggard) who used generational curses to influence their personality; in spite of all of this, we have still find ways to continue. To mold a personalities, these evil spirits from the spiritual world are attracted to these males weaknesses. They will do everything in their power to control personalities by using weaknesses ( flesh) as a catalyst to control the soul. This book will discuss how these evil spirits have influenced and are trying to destroy the African American Male population. Harshly treatment of slaves induced psychological damage to untold millions of African American Ancestries for centuries. Because of the lack of federal supported counseling and treatment programs during those days, many slaves who had psych