Who Picked This Place? 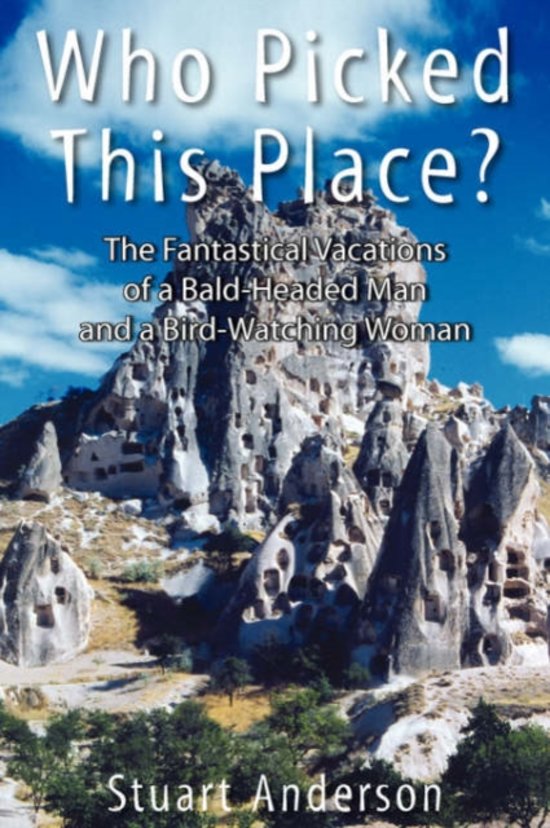 Book Description: In his last book about vacation misadventures, Travels with Anne, Stuart Anderson won our sympathy by describing his experiences, in remote corners of the world, with broken-down vehicles, clueless guides, unbearable traveling companions, miserable weather, and decidedly uncooperative wildlife. Unfortunately for Stuart, his new book, Who Picked This Place?, makes it plain that he did not learn a thing from those experiences. Thus, in Who Picked This Place?, we get to follow Stuart to unlikely vacation destinations across the world, and laugh out loud as:


Stuart and his bird-crazy companion, Anne, tour the Yucatan Peninsula and discover biting ants, angry monkeys, and the advisability of making sure the lid of that whiskey flask, in your luggage, is screwed on tight.


Stuart and Anne decide to vacation, for some inexplicable reason, in Mexicos most politically unstable state, Chiapas. While there, they try mightily to sweat themselves to death climbing Maya pyramids. They also go to church with a bunch of drunks who mark the occasion by chopping the heads off chickens.


In Belize, Stuart and Anne canoe a jungle river in the rainwhich turns out to be the prelude to a later adventure that involves traveling over miles of ocean, in a small boat, in a much bigger rain. In Belize, also, Stuart and Anne have a guide who is less interested in guiding than in hitting on all the available (and some of the unavailable) local women. That may explain why Stuart and Anne sometimes find themselves lost.


Anne wants to see polar bears in the wild, so she and Stuart go to a lodge on northern Hudson Bay that is miles and miles from nowhere. At the lodge, they share a cabin with the worlds most obnoxious photographer, and also with an elderly woman who has difficulties using the bathroom. All of them see polar bears way too close.


Annes dad goes with Stuart and Anne to Kenya, on a photographic safari. Annes dad, unfortunately, tends to stray from camp on foot and alone, into country inhabited by leopards and lions. He also tends to fall asleep in his dinner. Not wanting to be outdone by Annes dad, in Kenyan shenanigans, Stuart gets himself mistaken for a CIA agent, by some locals who try to recruit Stuart (the CIA agent) to murder one of their neighbors.


In Panama, Stuart and Anne get sick, celebrate the New Year with forty aggressive Pakistanis, and go bird-watching with a guide who doesnt speak any English and doesnt know anything about birds.


Youll laugh, youll cry, as you share these and other adventures, on four continents, with the dauntless Stuart and Anne. And, like them, you will often find yourself asking a question that, for one or both of the books two protagonists, probably has an embarrassing answer: Who Picked This Place?