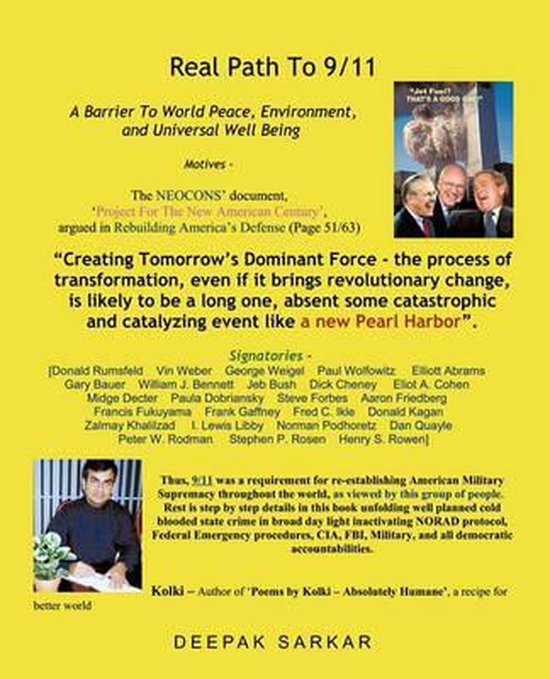 9/11 saga unfolded in front of my televisionic eyes from the beginning when I was watching morning News on CNN which started broadcasting the first Airplane hit the World Trade Center right around 8:50AM, 4 minutes after the apparent collision. Then the second Airplane hit the other tower almost missing the building absence of sharp last moment manoeuvre Then with utter disbelief I watched one tower fell on itself in seconds and then the other. As an engineer I could only recollect planned demolitions watched in Atlantic City and Las Vegas
To utter surprise both President Bush and Vice President Cheney openly vouched against Congressional Inquiries and public investigation. Watched helplessly the Anthrax attack followed by 9/11 targeting democratic senators and media critical to new administration. Watched how quickly evidences were being removed and sold/destroyed from crime scene as well as military manoeuvring in Afghanistan while the fire in WTC and Pentagon still burning. Watched how coherently administration, military, CIA, FBI, FAA, NSA, and media blamed Bin Laden and Al-Qaeda without addressing trivial anomalies.
This book is an honest effort from a conscious world citizen of establishing 9/11 truth addressing most trivial anomalies so far avoided by media and politicians.