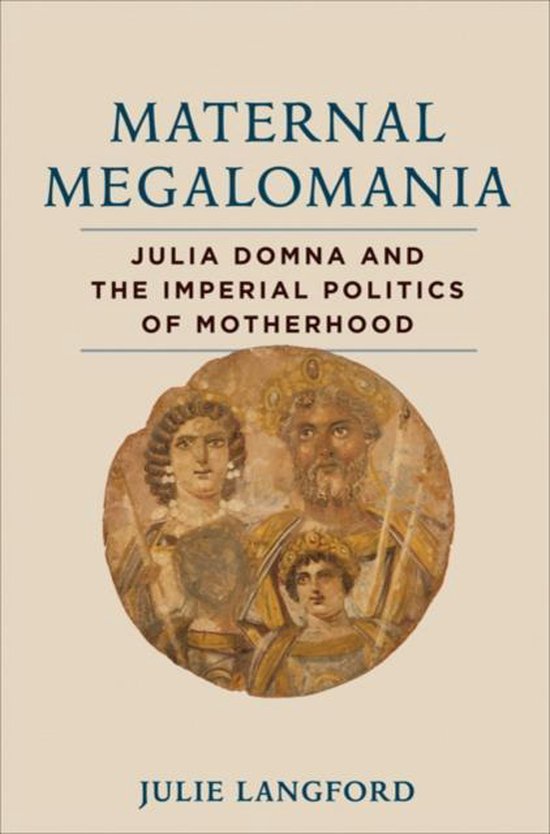 Ancient authors emphasize dramatic moments in the life of Julia Domna, wife of Roman emperor Septimius Severus (193-211). They accuse her of ambition unforgivable in a woman, of instigating civil war to place her sons on the throne, and of resorting to incest to maintain her hold on power. In imperial propaganda, however, Julia Domna was honored with unprecedented titles that celebrated her maternity, whether it was in the role of mother to her two sons (both future emperors) or as the metaphorical mother to the empire. Imperial propaganda even equated her to the great mother goddess, Cybele, endowing her with a public prominence well beyond that of earlier imperial women. Her visage could be found gracing everything from state-commissioned art to privately owned ivory dolls. In Maternal Megalomania, Julie Langford unmasks the maternal titles and honors of Julia Domna as a campaign on the part of the administration to garner support for Severus and his sons. Langford looks to numismatic, literary, and archaeological evidence to reconstruct the propaganda surrounding the empress. She explores how her image was tailored toward different populations, including the military, the Senate, and the people of Rome, and how these populations responded to propaganda about the empress. She employs Julia Domna as a case study to explore the creation of ideology between the emperor and its subjects.