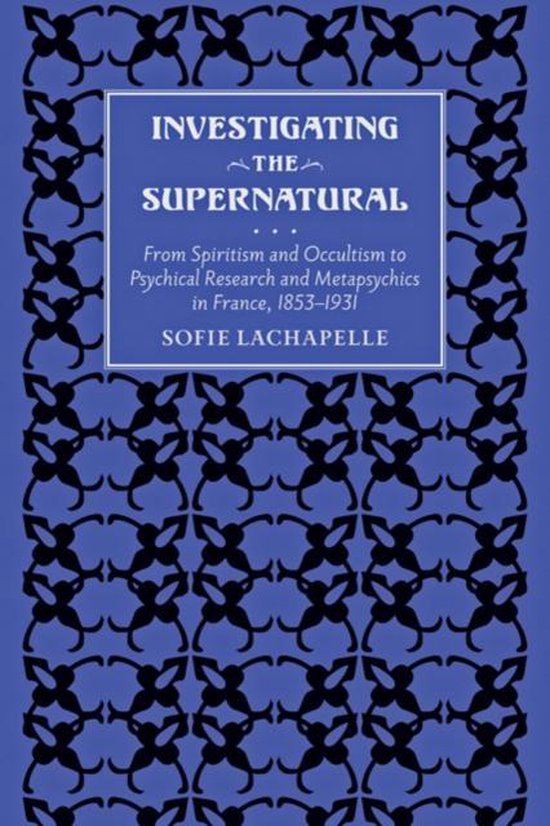 Seances were wildly popular in France between 1850 and 1930, when members of the general public and scholars alike turned to the wondrous as a means of understanding and explaining the world. Sofie Lachapelle explores how five distinct groups attempted to use and legitimize seances: spiritists, who tried to create a new science concerned with the spiritual realm and the afterlife; occultists, who hoped to connect ancient revelations with contemporary science; physicians, psychiatrists, and psychologists, who developed a pathology of supernatural experiences; psychical researchers, who drew on the unexplained experiences of the public to create a new field of research; and metapsychists, who attempted to develop a new science of yet-to-be understood natural forces. Lachapelle examines the practices, aims, and level of success of these five disciplines, paying special attention to how they interacted with each other and with the world of mainstream science. Their practitioners regarded mystical phenomena worthy of serious study; most devotees-with notable exceptions of physicians, psychiatrists, and psychologists-also meant to challenge conventional science in general and French science in particular. Through these stories, Lachapelle illuminates the lively relationship between science and the supernatural in late nineteenth- and early twentieth-century France and relates why this relationship ultimately led to the marginalization of psychical research and metapsychics. An enlightening and entertaining narrative that includes colorful people like Allan Kardec -a pseudonymous former mathematics teacher from Lyon who wrote successful works on the science of the seance and what happened after death- Investigating the Supernatural reveals the rich and vibrant diversity of unorthodox beliefs and practices that existed at the borders of the French scientific culture in the late nineteenth and early twentieth centuries.