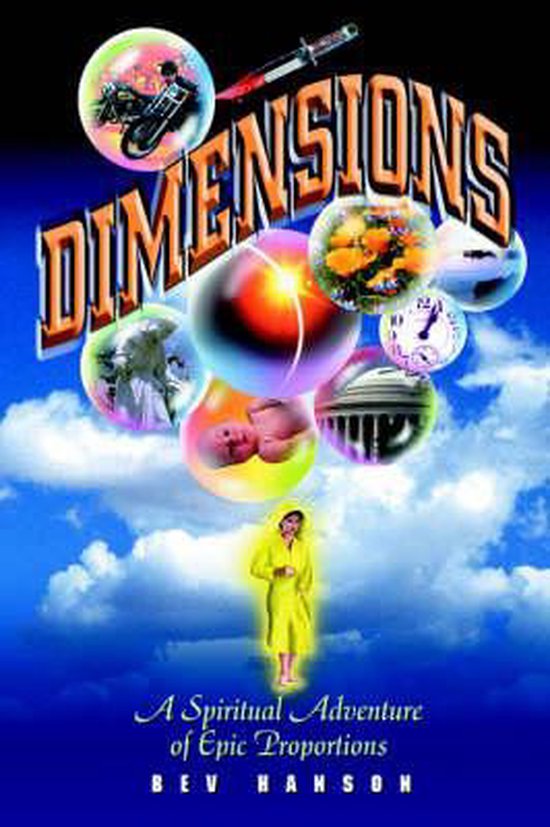 Have you ever wondered if there really is a life after death? And if there is - what is it like? Is there a heaven? If so, where is it? All of these questions and many more you never thought of get a close look in Dimensions, a beautiful, touching story that will make you cry as often as it makes you laugh. Come along with wise-cracking disbeliever Johnny Rogers on the greatest adventure of his life experience - his abrupt, unexpected return to the life between Earth lives. Follow Johnny's bumbling misadventures through the Second dimension while he refuses to believe that he is "dead." Enjoy his efforts to cope face to face with things, people and places he never believed in. Share his poignant reunions with forgotten friends and his sorrowful separation from his eternal astral love after he finally achieves spiritual recall and is elevated to the Fourth dimension. Laugh at his comic adventures when lessons take him back to the Earth dimension and to other areas of the astral world. Meet some of the personalities inhabiting Johnny's corner of the Universe - Jacob, his sorely tried teacher; Paula, his loving essence twin; Michael Angelo, his great artist friend; Alphonso, who drops I the Seventh dimension whenever Johnny is in a quandary; Ariella, beautiful and ancient leader of the Council of Wise Ones; the God child, who inspires him to greatness; the Harbinger, who dares him to follow in his footsteps; Casala and Alon, the healing Masters who help him prepare for his greatest challenge; the prophet Ezekiel who motivates him to duty; and the Nazarene, who compels him to glory. You might not believe Dimensions, but you will never forget it.