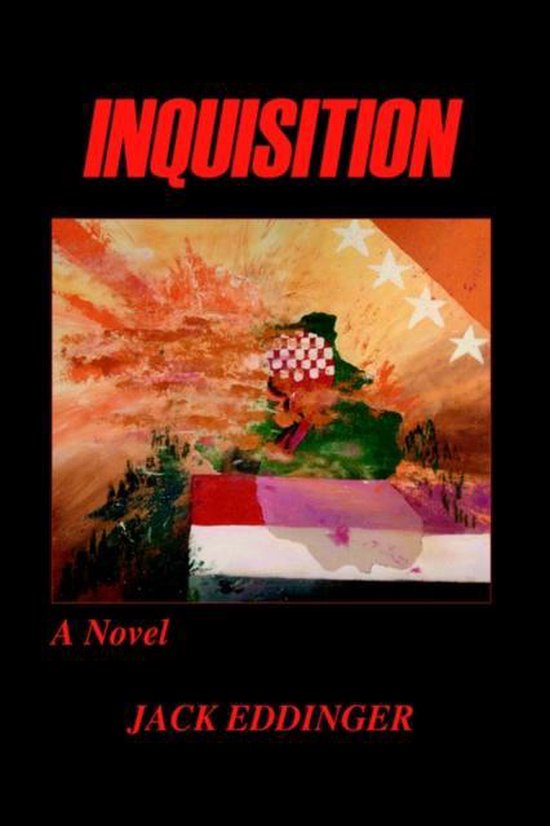 INQUISITION Set in the time of paranoia in American politics, Inquisition, examines the power game in which innocent lives face ruin when they become entangled in a politician's cynical ambition. It explores the corrosion of human relationships arising from egotism and the relentless pursuit of power. The protagonist, Zachary Taylor Harris, a powerful politician, plays a deadly game of Russian Roulette with the lives of anyone entering his orbit. To keep the lid on his secret he must appear to possess all of the knowledge and certitude, which comes with being a senior member of Congress and chairman of its most powerful investigative committee. Manipulation and chicanery are his tools for dominating anyone in his way.;The cast of characters includes: - His wife, a woman of intelligence and passion, whose fortune has supported his career, but who now stands as an obstacle to his ambition, - A senior State Department officer with unorthodox political views and his avant-garde wife, a gifted abstract expressionist, who stumble into his path and become perfect targets in his cover-up scheme, - A cunning and powerful bureaucrat, who sees opportunity and personal advantage in a new investigative scenario, - His beautiful and sultry mistress, who loves him, but naively becomes a pawn in his power game, - A crusading young antagonist who closes in on the well-kept secret, - A canny, veteran newspaperman who understands power and its limitations, and puts the machinery of justice in motion, - A disgruntled detective whose career swings 180-degrees when he turns a humiliating defeat into victory, - The incorruptible Speaker of the House, the one man he cannot afford to alienate, who upholds the Constitution and the rule of law against his scheming ambition.;The author employs his understanding of Congress, Capitol Hill and the many dimensions and nuances of the American political process to weave a story of power, ambition, courage, love and other virtues and vices imparted by the game of politics.