History Of William The Conqueror 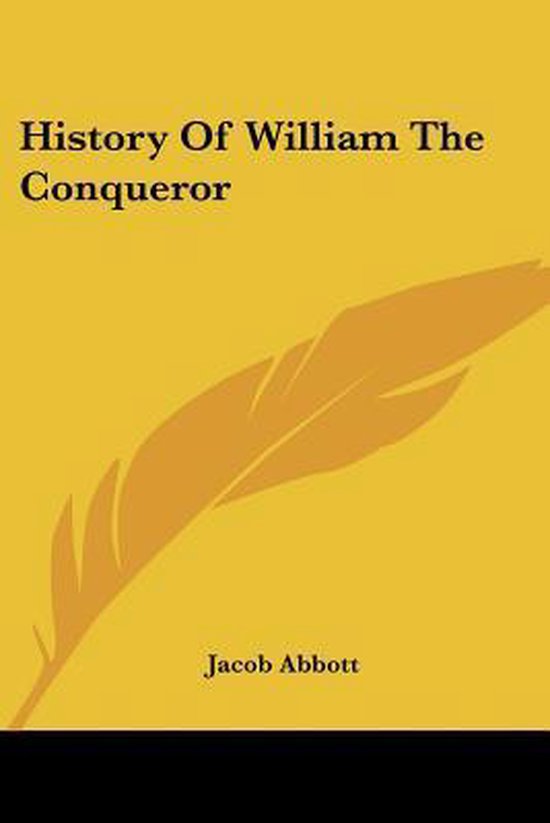 Jacob Abbott was one of the most prolific American writers of history in the nineteenth century, writing many biographies on the world’s most influential leaders in a clear and exciting style. This comprehensive volume, first published in 1849 and part of Abbott’s Illustrated Histories series, details the remarkable and fascinating life of William the Conqueror, the first Norman King of England.

The king’s life is researched and recorded thoroughly, chronicling the years from his illegitimate birth to his calamitous burial. Born in Normandy and promised the throne of England by King Edward, William decided to invade the country after another contender for the crown took the throne. Abbott recounts the famous Battle of Hastings in great detail, and with an enthralling narrative captures the young conqueror’s struggles, ambition, and aspirations during his time in power.

William the Conqueror’s reign in England significantly transformed the country, whose residents resented being ruled by a foreigner who relied entirely upon his army to keep the country in subjugation and who suppressed their many revolts. With a brief history of the Saxon and Danish kings of England and the dukes of Normandy, and original engravings, this book is great for anyone interested in the political struggles of the Middle Ages, and is a valuable addition to any history buff’s library.