It's In The Memories 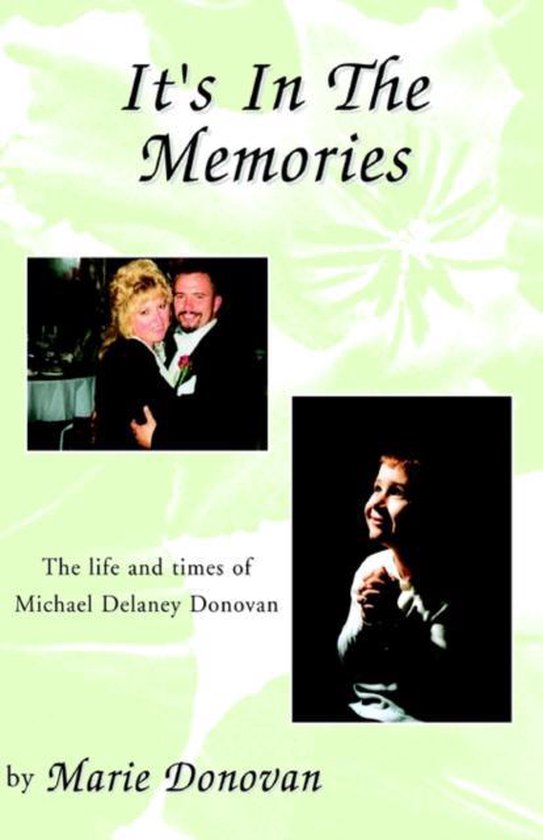 ITS IN THE MEMORIES


In the fall of 2002 our life took a strange twist. We had no way of knowing what was coming or how devastating it would be. In September 2002 we had the world on a string and all seemed to be moving fantastically well.


Then along comes mid September and it all starts its spin out of control. I have tried very hard to put our entire journey with its exhilarating ups and its savage downs into perspective.


I thought of all the things I had retained through the years that should help guide you through the storm:

Things can only get better

God never gives you more than you can bear

There is always the calm after the storm

The future will be brighter

Everything is for a reason


But none of those clichs would help us distance our heartbreak or calm our fraying nerves.


Trouble came in the form of troubles at the office. I was put on warning for something I did not do. This was startling to me because in all my years I was never ever put on warning. But that would be nothing compared to what would happen next. In November there would be an accident that would take one of our family members lives and leave in its wake a family that could not put the pieces back together of our broken dreams.


Shortly after our familys loss I would be stunned at the death of a close friend and coworker. His senseless death along with Matthews only etched the pain Santa and I were feeling even deeper.


Our family had gotten exceptionally close after my mother died in 1998 by spending our good times together. Easters, Thanksgivings, Christmas and New Years were celebrated at my cousin Ward and Cindys home. With their son Matthew getting killed we would now be left shredded, emotionally bankrupt and in search of shelter.


The thought that there was more to come never entered our beleaguered minds. The New Year came in quietly skulking its way into our realization. But 2003 was less than two weeks old when Death would pay us another visit. Our son who had just turned 30 in December was killed on January 12th 2003 when his truck left the road and hit a tree on his way home.


It would take every ounce of our faith to pull through such a cataclysmic loss. Without the thoughts, gestures, and strong shoulders of our friends and family we never would have made it.


In the following months we would deal with many unexpected feelings and occurrences. I have tried to relate these last 2 years in a way that makes sense but also will be hopefully a help to others. Here we are two years later, without Matthew, without Damien, without Michael; and as of April without a job. Our families still lie torn and in torment. Santa and I are still standing and not only that; we are standing strong. Santa and I are closer now than ever. Events have changed our attitudes, our way of thinking, our way of trusting and as a result our way of living.


My faith in God has been made stronger. My faith in angels and the hereafter has deepened. My focus is directed to Michael Delaney Jr., Keirsten Farley and Billie Marie Krauss; our three grandchildren. What is past is past but what we make of the future is totally up to us. I want these children to find comfort, stability and pride in the way Santa and I have carried on. I have no doubt that Michael is with Santa and I each and every day. We take comfort in his presence and know he would be satisfied at the way we have chosen to carry on and how we have chosen to remember him.