Phil Duse Versus the Tyranny of Dod 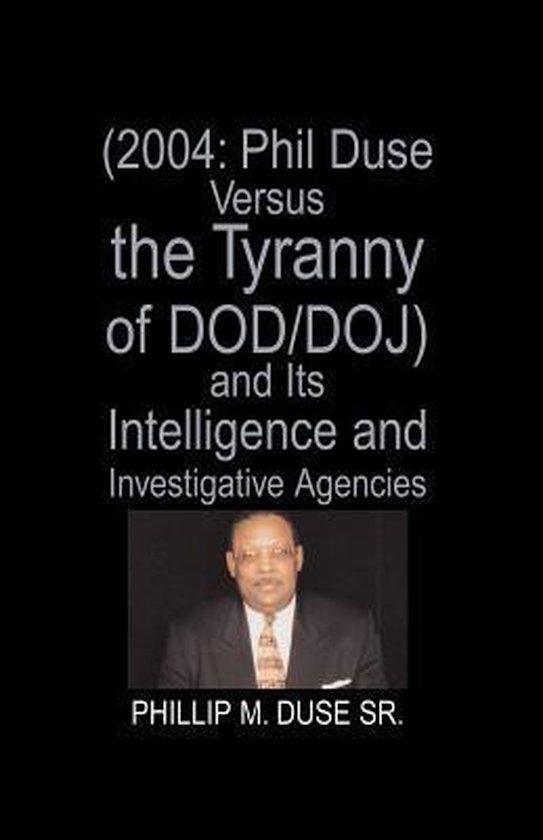 This book is directed towards all law-abiding people of the western world, particularly teachers and students. It shares the horrific experiences of its author who has been forced to deal with U.S. government investigative and intelligence entities as they perpetrated an amalgamation of ruses in an attempt to harm him, personally, for initiation of EEO complaints and for the filing of a civil suit exposing the perpetrators as is his constitutional right.

The civil suit went all the way to the Supreme Court by "Writ of Certiorari, see EEOC: The Real Deal—Case No. 00-1437. CA-99-1400-A. And ruses initiated by government perpetrator are appropriately qualified in this book as being the end result of "dolt logic" and "mental masturbators" pursuing old south habits from the yesteryears. The activity in this regard is defined in its salacious detail in this book so as to better expose the "bottom line" of how ruses are initiated and who is engaged to assist the perpetrators in their propagation.

The book also shares a chilling event involving "Hit Men" in addition to ruses that caused innocent unwitting third parties to view the author in the most negative light that a ruse concoction can muster—in the government's attempt to get this black guy. The story also covers actions that law-abiding innocents can undertake to expose those propagating ruses and how to arrange their activities so as to best mitigate government attempts to entrap you in a ruse of no merit in: Air Ports; Class Rooms; Restaurants; Parking lots; Elevators; Officer Clubs etc. The proper response to government ruse perpetrators operating under a false color of authority is: "KMA" [Kiss the part of my anatomy where no sun can shine, the polite response]

In that the author is an unwitting victim of the perfidy of government in this regard, he takes on the biblical persona of "David" to represent the people's interest in a people's battle against the "Goliath" of Government who ignore the protections promised by the fourth and fourteenth amendments in order to achieve their hidden agendas of no lawful merit thus no constitutional authority. All "law-abiding" citizens have an interest in this battle if they want to ensure the protections of their constitutional and civil rights are not abridged by unwarranted acts of government against unwitting innocent citizens.