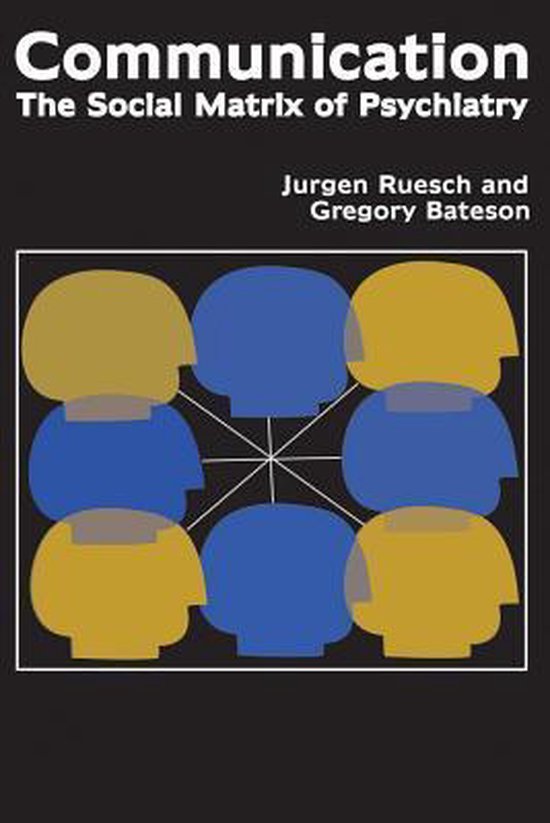 The integration of psychiatry into the mainstream of American society following World War II involved rethinking and revision of psychiatric theories. While in the past, theories of personality had been concerned with the single individual, this pioneering volume argues that such theories are of little use. Instead, the individual must be seen in the context of social situations in which rapid advances in communication technology have brought people closer together, changing their behavior and self-expression.

Ruesch and Bateson show that following World War II mass communication and culture have become so pervasive that no individual or group can escape their influences for long. Therefore, they argue that processes of psychoanalysis must now consider the individual within the framework of a social situation. Focusing upon the larger societal systems, of which both psychiatrist and patient are an integral part, they develop concepts that encompass large-scale events as well as happenings of an individual nature. They have outlined this relationship in a unified theory of communication, which encompasses events linking individual to individual, individual to the group, and ultimately, to events of worldwide concern. The term ""social matrix,"" then, refers to a larger scientific system, of which both the psychiatrist and the patient are integral parts.

Jurgen Ruesch was professor of psychiatry at the University of California School of Medicine and director of the section of Social Psychiatry at the Langley Porter Neuropsychatric Institute in San Francisco.

Gene Combs is associate professor of psychiatry and director of behavioral science education in the family medicine residency at Loyola University, Chicago."