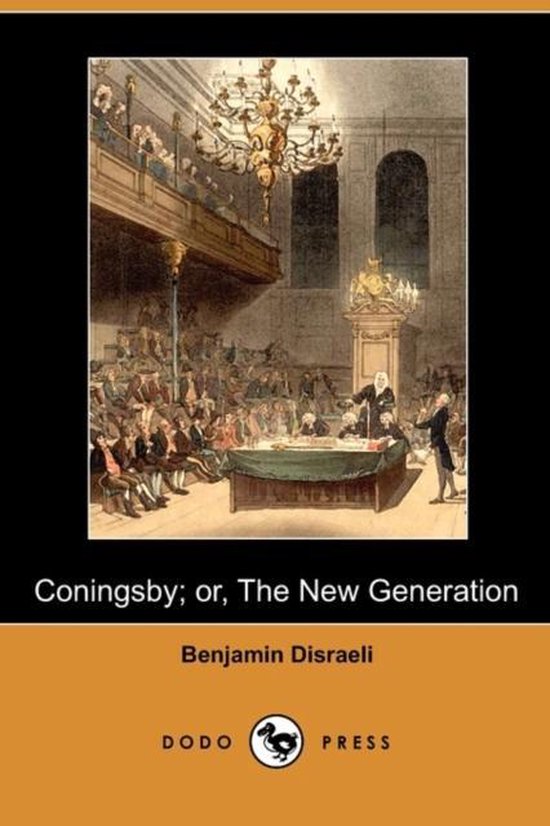 Benjamin Disraeli, 1st Earl of Beaconsfield, KG, PC, FRS (born Benjamin D'Israeli) (1804-1881) was a British Conservative statesman and literary figure. He served in government for three decades, twice as Prime Minister-the first and thus far only person of Jewish parentage to do so. Disraeli's greatest lasting achievement was the creation of the modern Conservative Party after the Corn Laws schism of 1846. Before and during his political career, Disraeli was well-known as a literary and social figure, although his novels are not generally regarded as a part of the Victorian literary canon. He mainly wrote romances, of which Sybil; or, The Two Nations (1845) and Vivian Grey (1826-27) are perhaps the best-known today. After producing a Vindication of the English Constitution (1835), and some political pamphlets, Disraeli followed up Vivian Grey with a series of novels, The Young Duke (1831), Contarini Fleming (1832), Alroy (1833), Venetia and Henrietta Temple (1837). During the same period he had also written The Revolutionary Epick (1834) and three burlesques, Ixion in Heaven (1834), The Infernal Marriage (1834) and Popanilla (1828).