A Nest of Spies (Dodo Press) 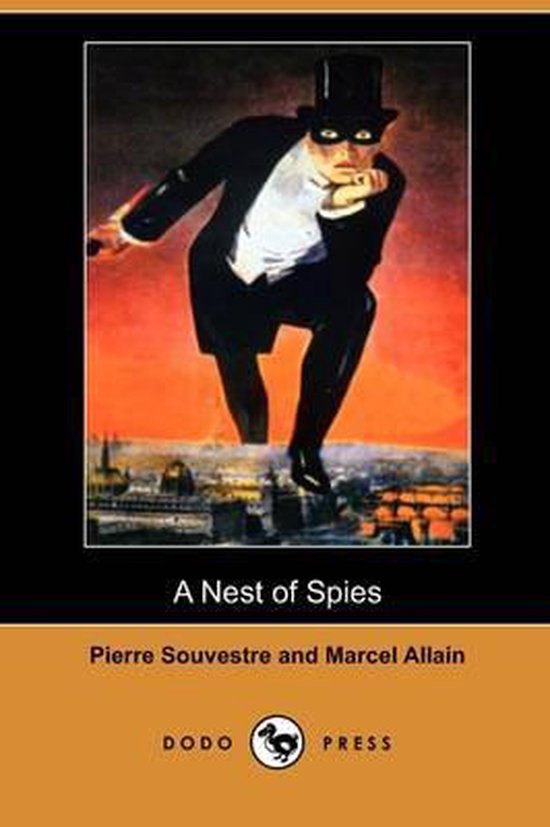 Marcel Allain (1885-1970) was a French writer mostly remembered today for his co-creation with Pierre Souvestre (1874-1914) of the fictional arch-villain and master criminal Fantomas. Allain studied law before becoming a journalist. He then became the assistant of Souvestre, who was already a well-known figure in literary circles. In 1909, the two men published their first novel, Le Rour. Investigating Magistrate Germain Fuselier, later to become a recurring character in the Fantomas series, appears in the novel. Then, in 1911, Allain and Souvestre embarked upon the Fantomas book series at the request of publisher Artheme Fayard, who wanted to create a new monthly pulp magazine. The success was immediate and lasting. After Souvestre's death in 1914, Allain continued the Fantomas saga alone, then launched several other series, such as Tigris, Fatala, Miss Teria and Ferocias, but none garnered the same popularity as Fantomas. In total, Allain wrote more than 400 novels in his prolific career. His works include: Un Roi Prisonnier de Fantomas (1911), Le Fiacre de Nuit (1911), La Livree du Crime (1912) and Le Jockey Masqu (1913).