Balzac, Grandville, and the Rise of Book Illustration 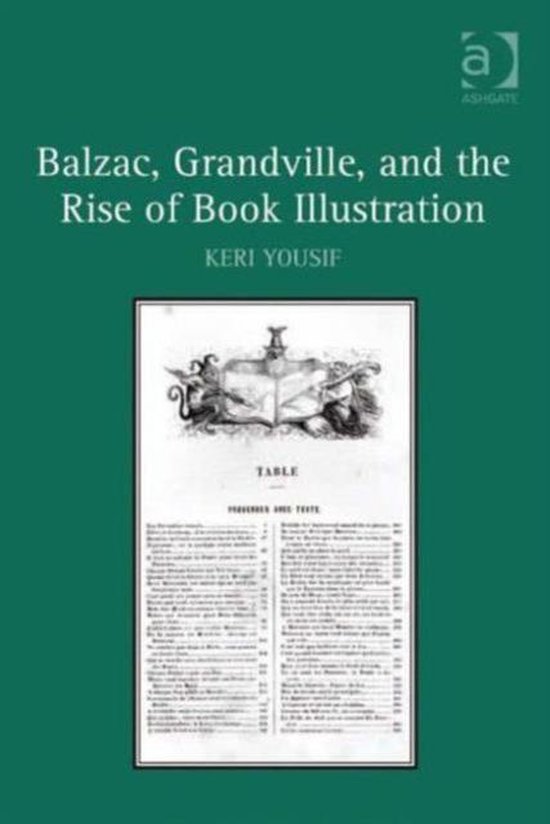 Examining how the rise of book illustration affected the historic hegemony of the word, Keri Yousif explores the complex literary and artistic relationship between the novelist Honore de Balzac and the illustrator J. J. Grandville during the French July Monarchy (1830-1848). Both collaborators and rivals, these towering figures struggled for dominance in the Parisian book trade at the height of the Romantic revolution and its immediate aftermath. Both men were social portraitists who collaborated on the influential encyclopedic portrayal of nineteenth-century society, Les FranAais peints par eux-mAmes. However, their collaboration soon turned competitive with Grandville's publication of Scenes de la vie privee et publique des animaux, a visual parody of Balzac's Scenes de la vie privee. Yousif investigates Balzac's and Grandville's individual and joint artistic productions in terms of the larger economic and aesthetic struggles within the nineteenth-century arena of cultural production, showing how writers were forced to position themselves both in terms of the established literary hierarchy and in relation to the rapidly advancing image. As Yousif shows, the industrialization of the illustrated book spawned a triadic relationship between publisher, writer, and illustrator that transformed the book from a product of individual genius to a cooperative and commercial affair. Her study represents a significant contribution to our understanding of literature, art, and their interactions in a new marketplace for publication during the fraught transition from Romanticism to Realism.