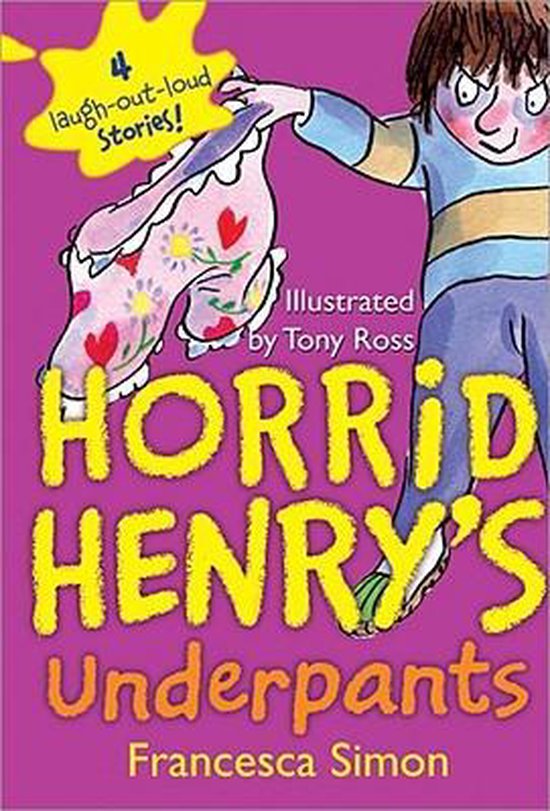 DISCOVER THE SERIES BOYS AND GIRLS AROUND THE WORLD LOVE TO READ!

Horrid Henry makes a deal with his parents in return for eating his veggies; accidentally wears girls' underwear to school; tries to prove he is sicker than his brother; and writes the meanest thank-you cards ever (and makes money on it too).

Francesca Simon is one of the world's best-loved children's authors. She is the only American to have ever won the Galaxy Book Award, and her creation, Horrid Henry, is the #1 bestselling chapter book series in the UKwith a hit TV show and over fifteen million copies sold! Each book contains four easy-to-read stories and hilarious illustrations by the one and only Tony Ross, so even the most reluctant of readers won't be able to resist Henry's amazing talent for trouble!