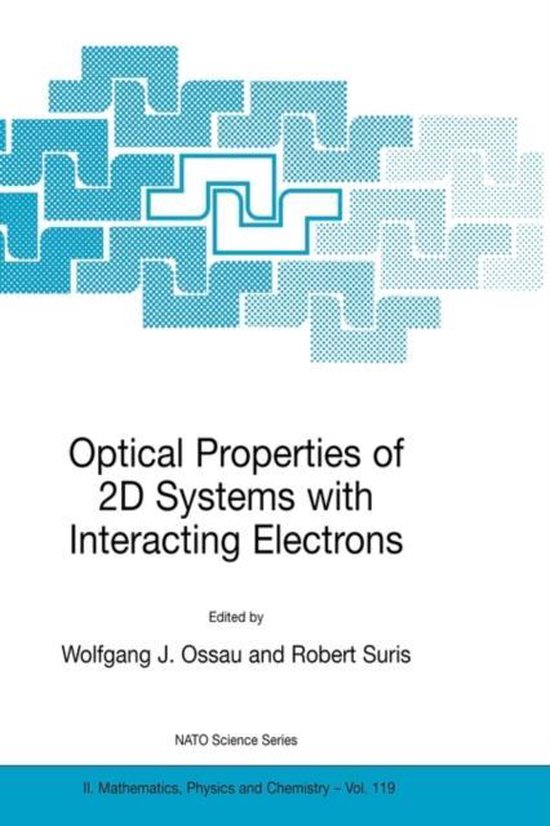 This volume of NATO Science Series presents the Proceedings of the NATO Advances Research Workshop Optical Properties of 2D systems with interacting electrons which was held at the Educational Centerofthe Ioffe Physico-Technical Institute in the period of June 13-16, 2002. More than 40 scientists from 14 countries participated and gave 24 lectures and 16 poster presentations. The main goal of theWorkshop was to bring togetherleading scientists working in the field of optical properties of correlated electron systems in semiconductor nanostructures and to organize a vital and informal discussions of newest results in the field. The location and the format of the Workshop provided an atmosphere of friendly and fruitful communications. It is important to note that the Workshop continued a series of meetings con- cerning the same topic: Warsaw 1999, Wurzburg 2000 (NATO ARW), and Berlin 2001. The subject agenda of the ARW was focused on the following topics: Evolution of optical spectra from the excitonic peaks to the Fermi-edge singularity Negatively and positively charged excitons Reconstruction ofone-particle and collective excitation spectra with increase of the electron density (combined exciton-cyclotron resonance and shake-up processes) Effect of spatial inhomogeneity on the carrier interaction in nanostructures Spin-sensitive interaction and spin-spin interaction in confined systems Many-particle effects in semimagnetic semiconductor heterostructures.