Montaigne and the Quality of Mercy: Ethical and Political Themes in the "Essais" 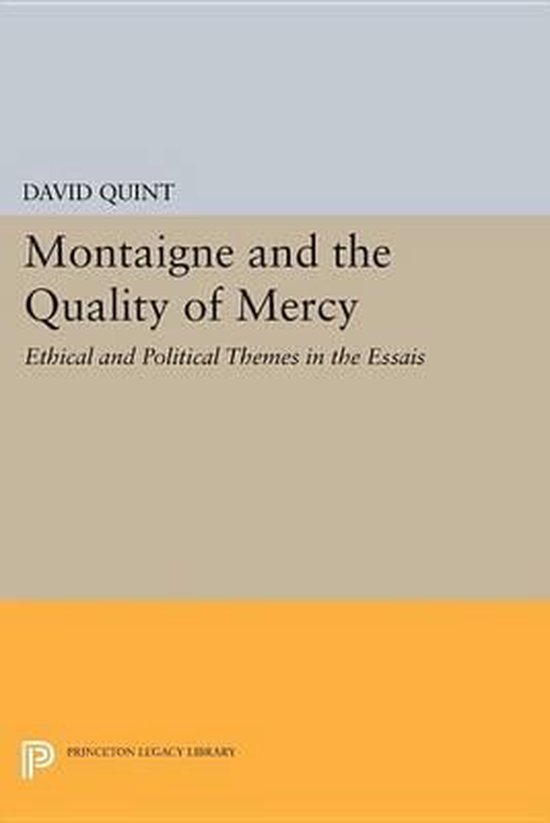 In a fresh reading of Montaigne's Essais, David Quint portrays the great Renaissance writer as both a literary man and a deeply engaged political thinker concerned with the ethical basis of society and civil discourse. From the first essay, Montaigne places the reader in a world of violent political conflict reminiscent of the French Wars of Religion through which he lived and wrote. Quint shows how a group of interrelated essays, including the famous one on the cannibals of Brazil, explores the confrontation between warring adversaries: a clement or vindictive victor and his suppliant or defiant captive. How can the two be reconciled? In a climate of hatred and obstinacy, Montaigne argues not only for the political necessity but also for the moral imperative of trusting and submitting to others and of extending mercy to them.

For Quint, this ethical message informs other topics of the Essais: Montaigne's criticism of stoic models of virtue, his project to reform the cruel behavior of his noble class, his self-portrait that depicts his relaxed and unstudied nature, and his measuring of his own behavior against the classical virtue of Socrates. Quint's reading, attentive to Montaigne's verbal artistry and to his historical and cultural context, shows the essayist always aware of the other side of the issue. The moral thought of the Essais emerges as startlingly modern, both in the perennial urgency of Montaigne's concerns and in the self-questioning open-endedness of his doctrine.

The Princeton Legacy Library uses the latest print-on-demand technology to again make available previously out-of-print books from the distinguished backlist of Princeton University Press. These paperback editions preserve the original texts of these important books while presenting them in durable paperback editions. The goal of the Princeton Legacy Library is to vastly increase access to the rich scholarly heritage found in the thousands of books published by Princeton University Press since its founding in 1905.