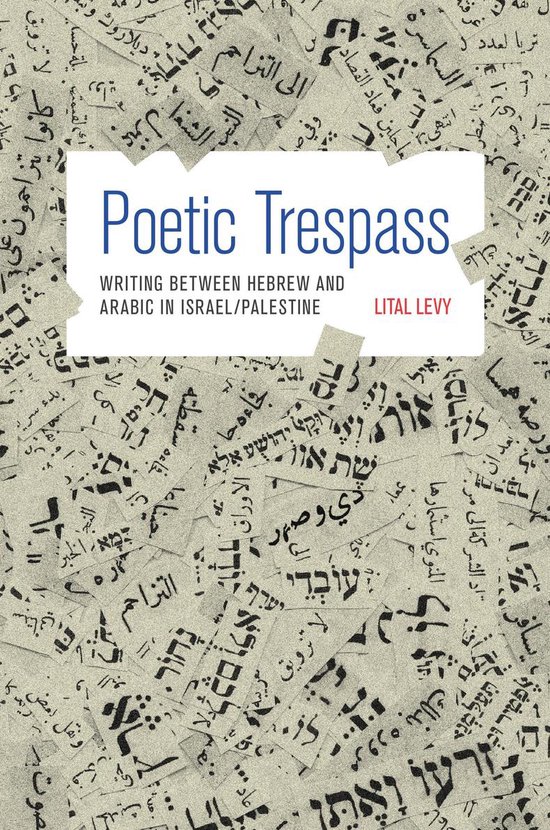 A Palestinian-Israeli poet declares a new state whose language, "Homelandic," is a combination of Arabic and Hebrew. A Jewish-Israeli author imagines a "language plague" that infects young Hebrew speakers with old world accents, and sends the narrator in search of his Arabic heritage. In Poetic Trespass, Lital Levy brings together such startling visions to offer the first in-depth study of the relationship between Hebrew and Arabic in the literature and culture of Israel/Palestine. More than that, she presents a captivating portrait of the literary imagination's power to transgress political boundaries and transform ideas about language and belonging.

Blending history and literature, Poetic Trespass traces the interwoven life of Arabic and Hebrew in Israel/Palestine from the turn of the twentieth century to the present, exposing the two languages' intimate entanglements in contemporary works of prose, poetry, film, and visual art by both Palestinian and Jewish citizens of Israel. In a context where intense political and social pressures work to identify Jews with Hebrew and Palestinians with Arabic, Levy finds writers who have boldly crossed over this divide to create literature in the language of their "other," as well as writers who bring the two languages into dialogue to rewrite them from within.

Exploring such acts of poetic trespass, Levy introduces new readings of canonical and lesser-known authors, including Emile Habiby, Hayyim Nahman Bialik, Anton Shammas, Saul Tchernichowsky, Samir Naqqash, Ronit Matalon, Salman Masalha, A. B. Yehoshua, and Almog Behar. By revealing uncommon visions of what it means to write in Arabic and Hebrew, Poetic Trespass will change the way we understand literature and culture in the shadow of the Israeli-Palestinian conflict.

Some images inside the book are unavailable due to digital copyright restrictions.