The Darwin Economy: Liberty, Competition, and the Common Good 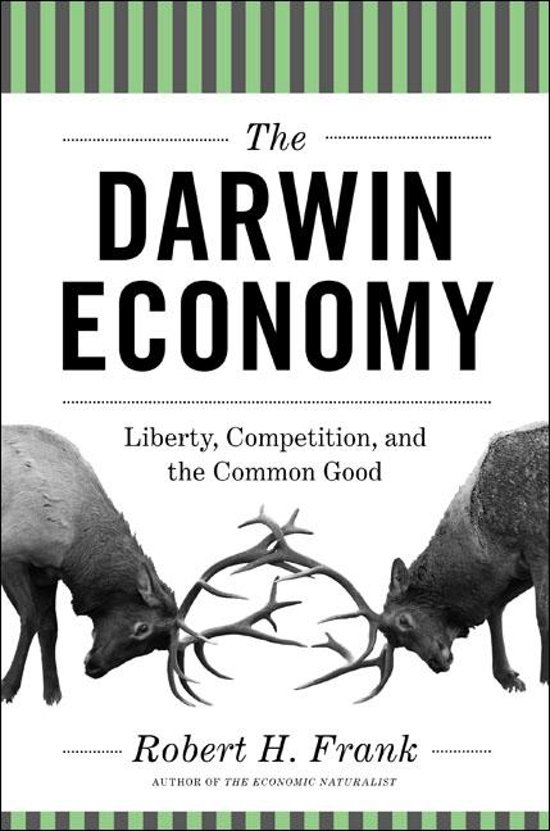 Who was the greater economist--Adam Smith or Charles Darwin? The question seems absurd. Darwin, after all, was a naturalist, not an economist. But Robert Frank, New York Times economics columnist and best-selling author of The Economic Naturalist, predicts that within the next century Darwin will unseat Smith as the intellectual founder of economics. The reason, Frank argues, is that Darwin's understanding of competition describes economic reality far more accurately than Smith's. And the consequences of this fact are profound. Indeed, the failure to recognize that we live in Darwin's world rather than Smith's is putting us all at risk by preventing us from seeing that competition alone will not solve our problems.

Smith's theory of the invisible hand, which says that competition channels self-interest for the common good, is probably the most widely cited argument today in favor of unbridled competition--and against regulation, taxation, and even government itself. But what if Smith's idea was almost an exception to the general rule of competition? That's what Frank argues, resting his case on Darwin's insight that individual and group interests often diverge sharply. Far from creating a perfect world, economic competition often leads to ''arms races,'' encouraging behaviors that not only cause enormous harm to the group but also provide no lasting advantages for individuals, since any gains tend to be relative and mutually offsetting.

The good news is that we have the ability to tame the Darwin economy. The best solution is not to prohibit harmful behaviors but to tax them. By doing so, we could make the economic pie larger, eliminate government debt, and provide better public services, all without requiring painful sacrifices from anyone. That's a bold claim, Frank concedes, but it follows directly from logic and evidence that most people already accept.