And the Show Went On 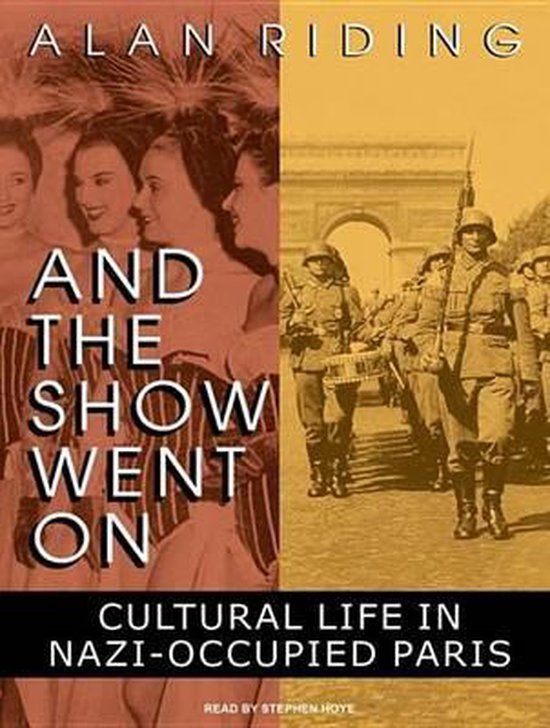 In the weeks after the Germans captured Paris, theaters, opera houses, and nightclubs reopened to occupiers and French citizens alike, and they remained open for the duration of the war. Alan Riding introduces a pageant of twentieth-century artists who lived and worked under the Nazis and explores the decisions each made about whether to stay or flee, collaborate or resist.We see Maurice Chevalier and Edith Piaf singing before French and German audiences; Picasso painting and occasionally selling his work from his Left Bank apartment; and Marcel Carne and Henri-Georges Clouzot, among others, directing movies in Paris studios (more than two hundred were produced during this time). We see that pro-Fascist writers such as Louis-Ferdinand Celine and Robert Brasillach flourished, but also that Camus's The Stranger was published and Sartre's play No Exit was first performed-ten days before the Normandy landings.Based on exhaustive research and extensive interviews, And the Show Went On sheds a clarifying light on a protean and problematic era in twentieth-century European cultural history.