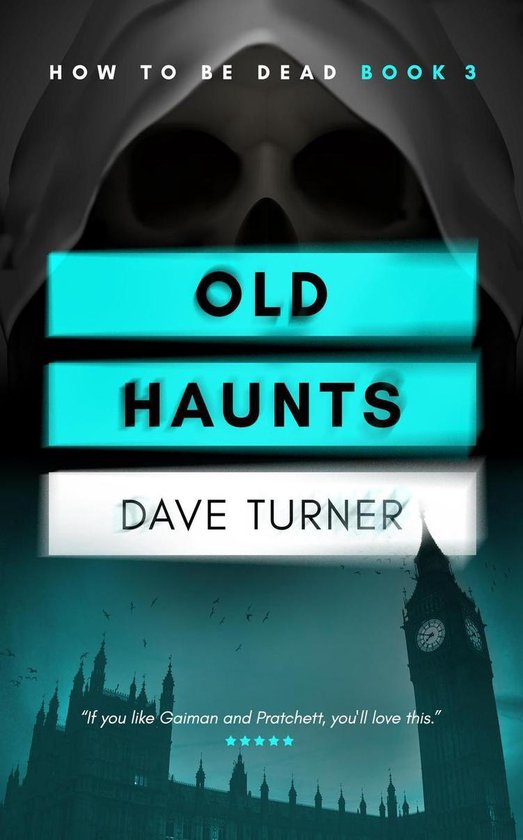 Death's not taking the news he received at the end of Paper Cuts very well...

Dave is still getting used to the undead trying kill him at regular intervals while he and Anne attempt to solve the mystery of the strange forces that continue to engulf London.

And Melanie's still putting up with more than any person should in a relationship.

When the true nature of what lies at the dark heart of UberSystems International is revealed, can the team pull together and stop the impending bijou Apocalypse-ette?

Death's come to kick ass and eat biscuits. And he's all out of biscuits.

Old Haunts is the third part in a series of best-selling funny urban fantasy novellas that tells the story of Death and his friends protecting humanity from ghosts, zombies, vampires and medium-sized apocalypses.

After a nice cup of tea and a biscuit.

What readers are saying about the How To Be Dead series:

★★★★★ "If Neil Gaiman and Simon Pegg sat down to write a story together they might come up with something like this."

★★★★★ "Laugh out loud funny… It's been a while since an author has made me laugh more than Pratchett does."

★★★★★ "Each part of this trilogy is a compelling story which seems to gather pace."

★★★★★ "If you like Tom Holt, Douglas Adams or Terry Pratchett, Dave Turner's books will fit perfectly into your collection."