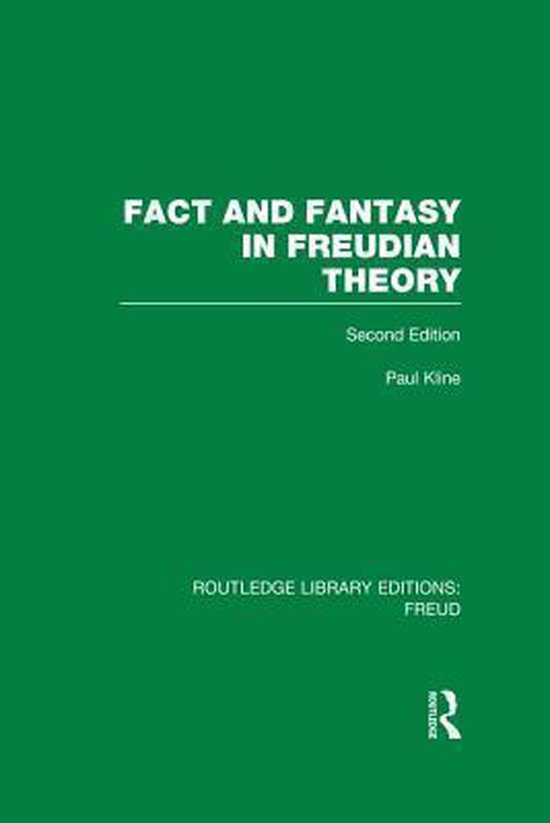 Originally published in 1972, this second edition in 1981 was fully revised and updated to cover recent developments in the field at the time. Fact and Fantasy in Freudian Theory was written to answer many questions and criticisms surrounding psychoanalysis.


How much, if any, of Freudian theory is verifiable according to the usual criteria of scientific enquiry? Much work had been carried out at the time to discover which parts of Freudian theory are verifiable and which insupportable by experiment. In this book Dr Kline surveys this vast body of work. He takes, one by one, the central postulates of Freudian psychology and discusses the experiments which have been performed to test them. He scrutinizes each test, examines its methodology and its findings and weighs up its value. For some of the theories, it will be seen, there is no evidence whatsoever; for others, on the other hand, there is impressive and sometimes incontrovertible experimental support – for example, for the theory of repression.


This work will continue to be an invaluable, highly detailed reference work for those involved with Freud's work, and a book of great interest to those concerned with the method of psychological enquiry in general.