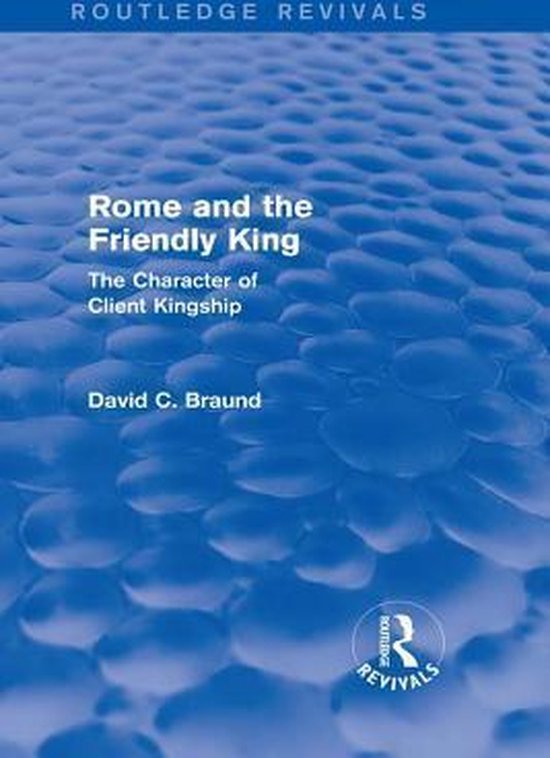 Rome and the Friendly King, first published in 1984, offers a functional definition of what is usually called client kingship – to show what a client king (or "friendly king', to use the Roman term) was in practice.


Each aspect of this complex role is examined over a period of six centuries: the making of a king; exposure to Roman institutions and individuals; formal recognition as a friendly ruler. Professor Braund shows how the king's power related to Roman authority, and to his subjects. The role of Romans in royal wills, principally as recipients of bequests, is also examined, and it is also shown how some kings were assimilated completely into Roman society to become senators in their own right.


In conclusion, Professor Braund considers the ways in which both sides benefited from client kingship and, in doing so, helps to explain the persistent use of such relationships throughout history.