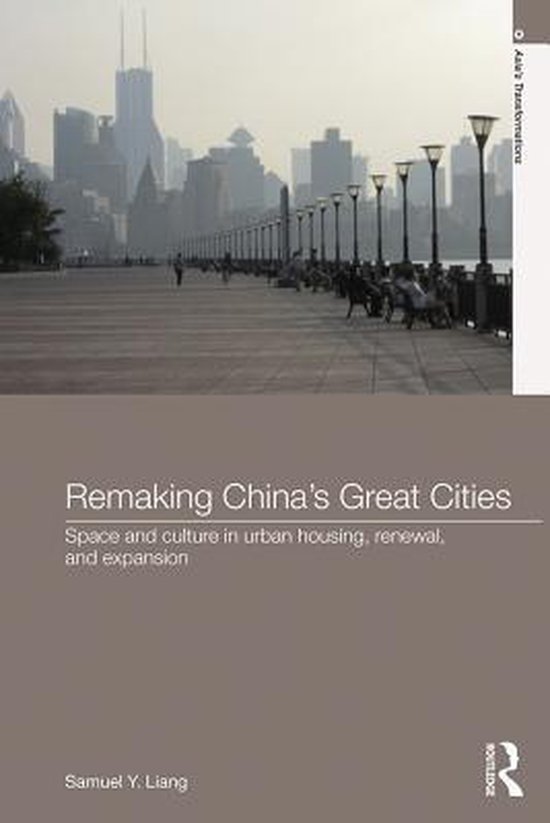 China's rapid urbanization has restructured the great socialist cities Beijing, Shanghai, and Guangzhou into mega cities that embrace global capitalism. This book focuses on the urban transformations of these three cities: Beijing is the nation's political and cultural capital; Shanghai is the economic and financial powerhouse; and Guangzhou is the capital of Guangdong Province and the regional center of south China. All are historical cities with rich imperial, colonial, and regional heritages, and all have been drastically transformed in the last six decades.


This book examines the cities' continuous urban legacies since 1949 in relation to state governance, economic reforms, and cultural production. By adopting local historical perspectives, it offers more nuanced accounts of the current urban change than the modernization/globalization paradigm and conceptualizes the change in the context of the cities' socialist, colonial, and imperial legacies. Specifically, Samuel Y. Liang offers an overview of the urban planning and territorial expansion of the great cities since 1949; explores the production and consumption of urban housing, its spatial forms, media representations, and socio-political implications; and examines the state-led redevelopment of old urban cores and residential neighborhoods, and the urban conservation movement.


Remaking China's Great Cities will be of great interest to students and scholars working across a range of fields including Chinese studies, Chinese culture and society, urban studies and architecture.